iOS 8.1.2 Does Not Patch TaiG Jailbreak

It has been confirmed that iOS 8.1.2 does not patch the kernel exploit used in the TaiG jailbreak and it is safe for iOS users with jailbroken devices to upgrade. However, most jailbreakers will probably want to stay at iOS 8.1 or 8.1.1 since there are really no reasons to upgrade unless you purchase ringtones. 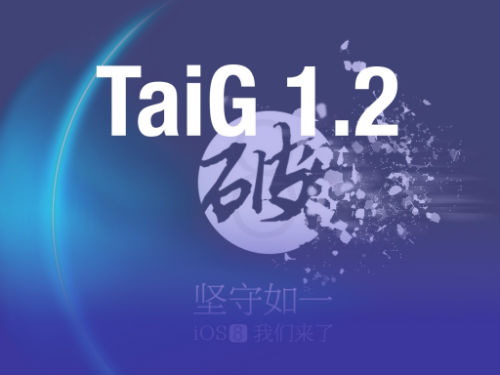 iOS 8.1.1 was released mainly to increase stability and performance on older Apple hardware, such as the iPhone 4s and iPad 2, and iOS 8.1.2 fixes a bug that was affecting ringtone purchases. You will only want to upgrade if you're experiencing performance problems since installing iOS 8, you purchase ringtones or if you just like being up to date.

You can download TaiG version 1.2 with iOS 8.1.2 support from the official TaiG website, or learn how to jailbreak your device running iOS 8.1.1 or later here.

iOS 8.1.2 is available as an over the air update under Settings > General > Software. It supports the iPhone 4s and later, iPad 2 and later, iPad mini and later and the fifth generation iPod touch.