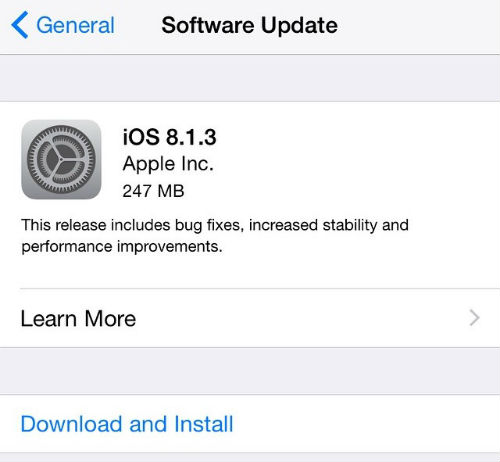 Apple's next major release will be iOS 8.2 which primarily deals with the Apple Watch. The first few betas have included WatchKit support and a dedicated Apple Watch app for the iPhone.