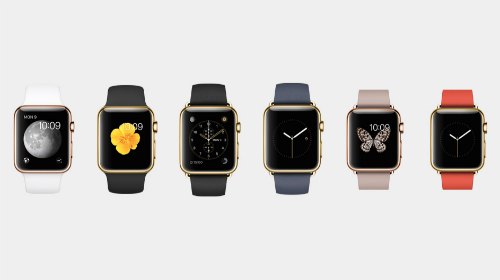 Apple CEO Tim Cook also announced that the watch will have an “all day battery life," "Hey, Siri" support and that iOS 8.2 will be available today. Cook said Apple Watch users can "expect 18 hours" of battery life from their watch during a "typical day". The "Hey, Siri" feature on the Apple Watch will also only work when you raise your wrist to preserve battery power.

Apple has added sections for all three Apple Watch collections to the Apple Store.

You can learn more about the Apple Watch in our Frequently Asked Questions section.