Apple today released iOS 8.3 to the public. The update brings a few new features such as Wireless CarPlay, a new emoji picker with over 300 new characters, new language and country support for Siri, new dictation languages and more. iOS 8.3 also includes a number of bug fixes and other improvements. 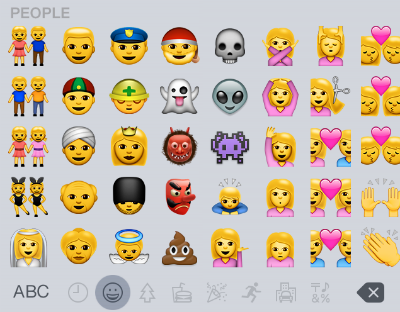 iOS 8.3 doesn't have any significant Apple Watch updates or any major new features besides Wireless CarPlay. As always, users with jailbroken devices should avoid upgrading if they want to keep all their tweaks and Cydia apps installed.

iPod touch, iPhone and iPad users can now upgrade to iOS 8.3 by navigating to
Settings > General > Software Update, or you can download the new software through iTunes when connected to a Mac or PC.

Improves reliability of installing and updating enterprise apps
Corrects the time zone of Calendar events created in IBM Notes
Fixes a problem that could cause web clip icons to become generic after restarting
Improves reliability of saving the password for a web proxy
Exchange out-of-office message can now be edited separately for external replies
Improves recovery of Exchange accounts from temporary connection problems
Improves compatibility of VPN and web proxy solutions
Allows use of physical keyboards to log into Safari web sheets, such as for joining a public Wi-Fi network
Fixes an issue that caused Exchange meetings with long notes to be truncated

Other improvements and bug fixes