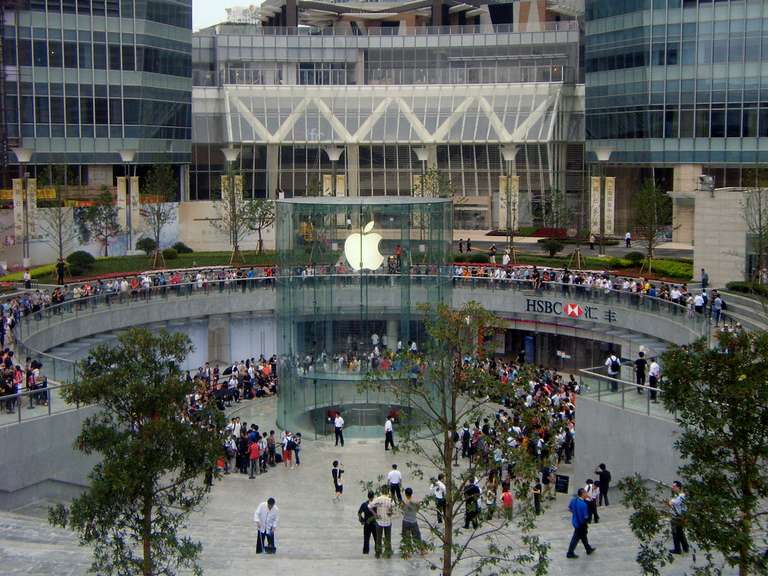 In a note to investors last week, Cowen and Company analyst Timothy Arcuri projected iPhone sales to again top 50 million in the June quarter, resulting in $50.1 billion in revenue. This would be a 42% year-over-year increase in iPhone sales and the projected revenue is higher than both Wall St.'s "conservative" estimates and Apple's own guidance. Along with his forecast, Arcuri raised his target price from $135 to $140.

According to research by Gartner, Apple's stellar first quarter was driven largely by iPhone sales in China. Sales were up 72.5% during that period, making Apple the largest smart phone vendor in China for the first time ever. China also surpassed North America as Apple's largest volume market, and Apple narrowed the market share gap with its biggest rival, Samsung. Samsung now has a 24.2% share compared to Apple's 17.9%. Those same numbers a year ago were 30.4% and 15.3% respectively.

Apple is set to issue yen-denominated bonds in Japan later this month in order to take advantage of the country's extremely low interest rates. Apple has done this before, issuing Swiss franc bonds earlier this year and Euro bonds last year. Apple uses the profit generated from these ventures to fund dividend payments and stock buy backs.

Apple topped Consumer Report's rankings for excellence in tech support. According to a survey of 3,200 computer owners, Apple tech support received the best reviews and had about an 80% success rate of solving customers' problems. Windows PCs' tech support was given about a 50-50 chance of success.

Documents turned up by TechCrunch last week show that Apple acquired augmented reality startup Metaio. The company currently has around 1,000 customers and 150,000 users in 30 countries. As expected, Apple gave its standard response that it often acquires smaller technology companies and doesn't comment on its plans for them.

In anticipation of stiff competition from Google's Android Pay in the near future, Apple plans to announce an Apple Pay rewards program. The program and additional software improvements to the mobile payment system will likely be announced at next week's Worldwide Developers Conference.