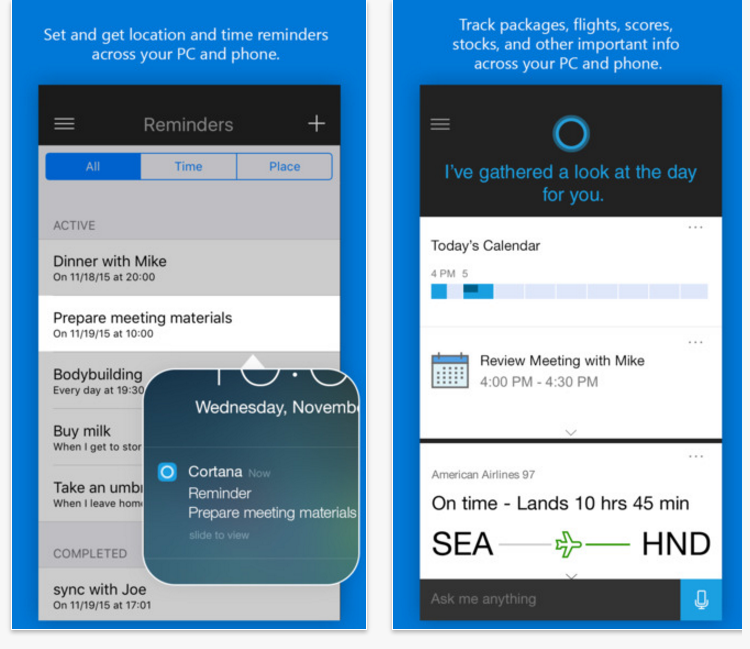 Microsoft has officially launched its digital personal assistant Cortana to the App Store. iPod touch, iPhone and iPad users can now use the Cortana app to set reminders, make appointments, send emails and more. Microsoft's personal assistant differs from Siri because it works with your PC. For example, users can create an appointment on their home computer and Cortana will send them a reminder on their iPhone when it's time for their meeting.

Cortana can also track packages and check sports scores, stocks and flights. Other features include the ability to set location reminders, the ability to view, edit and manage your personal interests and the ability to ask Cortana any question, just like Siri. Cortana also seems to have more of a sense of humor than Siri, as telling jokes is listed as one of its main features.

The Cortana app of course has its limitations on iOS due to Apple's guidelines for third-party apps. The app doesn't include its "Hey Cortana" always on feature, and it can't interact with other apps like Siri can sometimes do.

The Cortana app is available for free on the Apple App Store. It supports all devices running iOS 8.0 or later.