Apple has released the second beta version of iPhone OS 3.0 to developers (build 7A259). They are making progress and the latest beta includes several new operational features. Application developers can finally start developing for push notification service, as well as in-app purchasing capabilities. Apple will soon provide live testing services to a limited number of developers.

The home screen in iPhone 3.0 beta 2 allows for up to 11 pages of apps instead of the current 9 pages, which including the dock will provide space for a whopping 180 applications. Stability and speed have also been improved in the latest version.

MMS (multimedia messaging service) and tethering are operational as well, however Apple has asked developers running the latest OS to refrain from using these two features. It's possible they are still working with carriers like AT&T on these items.

A new unexplained menu item under Settings has also appeared. The feature is titled 'Store' but when selected it only brings up a blank screen. 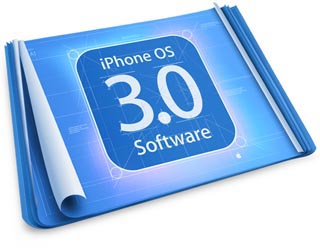