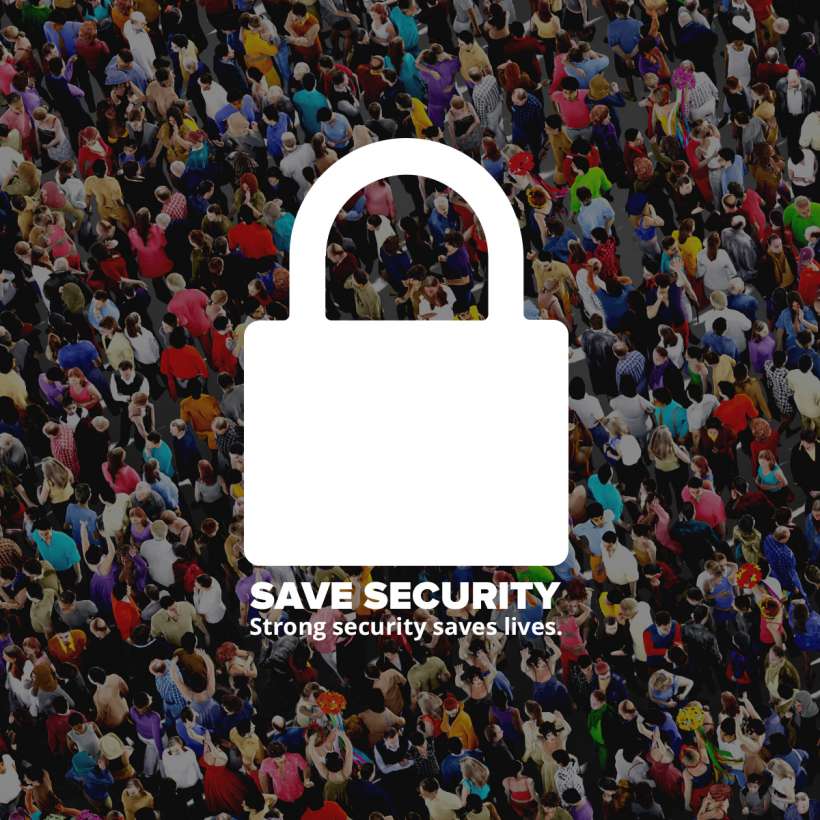 Fight for the Future has created an online forum for pro-encryption supporters to voice their opinion about iPhone security ahead of the March 22nd Apple/FBI court hearing. The group, who has already staged several demonstrations in support of Apple, plans to protest outside the San Bernardino Courthouse where the next Apple/FBI showdown is set to take place. iPhone owners who can't attend the event can show their support by adding their voice at SaveSecurity.org.

The website features an online forum for people to leave pro-encryption comments that will be displayed outside of the courthouse. The site also includes images and banners for people to download and share on their websites, blogs and social media. The website reads:

"The FBI wants to force Apple to weaken the security measures that keep all of us safe. This is misguided, and dangerous. On March 22, when Apple goes to court, we’ll display thousands of statements from Internet users outside the courthouse."

Fight for the Future has had previous success with its online protests and anti-SOMA blackouts. The group is also currently accepting donations to help put a stop to government overreach.

The FBI wants Apple to write software that would give them backdoor access to millions of iOS devices and weaken security, but the Cupertino company refuses to give in to the federal organization's demands. Both Apple and the FBI have been having a public fight in the headlines over the last few weeks, and the disagreement has been heavily debated by public figures, such as Donald Trump, Bill Gates and more. John Oliver recently featured the debate on his HBO show, Last Week Tonight. You can watch the segment below.