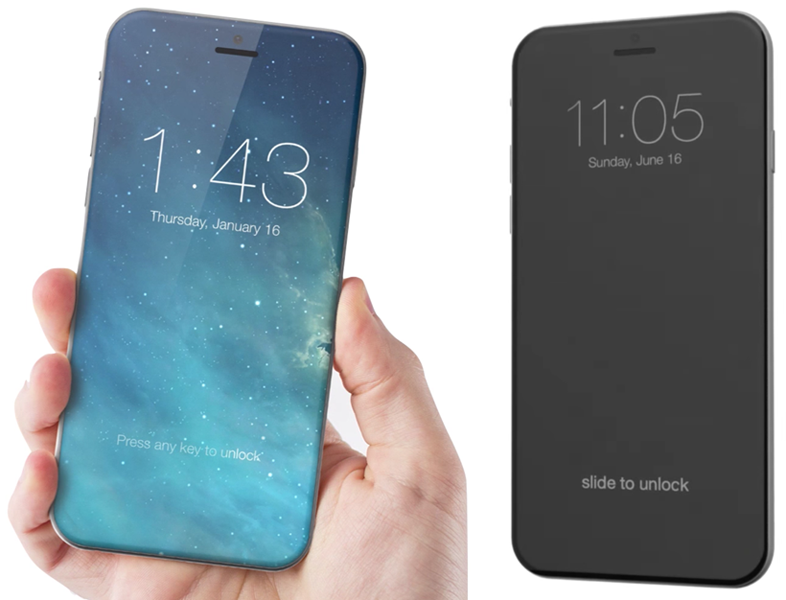 Apple is set to make a splash for the 10th anniversary iPhone next year. According to the latest rumors, the company will break new ground in industrial design with radical changes to the iPhone 8. Most of the leaks surrounding the upcoming iPhone 7, which is expected to launch in September, point to a design very similar to the iPhone 6s. This has analysts worried that consumers will not be excited enough to upgrade their devices.

But if independent sources talking to John Gruber at Daring Fireball are to be believed, the iPhone 8 will be an entirely different story. In fact, he describes the 2017 iPhone as a "jaw-dropping, wow" design that will be "astounding" and feature an edge-to-edge display.

In addition to covering the entire front of the iPhone with a screen (no bezel, no black bars on the top and bottom) Apple will reportedly embed all of the other hardware under the display. That means the home button, FaceTime camera, speaker, proximity sensor and ambient light sensor will all be hidden underneath the screen. This would result in a single, flat, uniform surface on the front of the iPhone.

The mock-up above from ConceptsiPhone comes close to this, picturing an iPhone with an edge-to-edge display and embedded home button. The concept does retain the current speaker slot at the top of the device, and the FaceTime camera can be seen.

Other iPhone 8 rumors have pointed to an AMOLED display, glass construction and wireless charging, among other features. Gruber is not sure whether Apple will make the 2017 iPhone form factor the same size as the iPhone 6s or if it will be slightly smaller. Regardless, it sounds like Apple has some surprises up its sleeve ahead of the 10-year mark for iPhone.