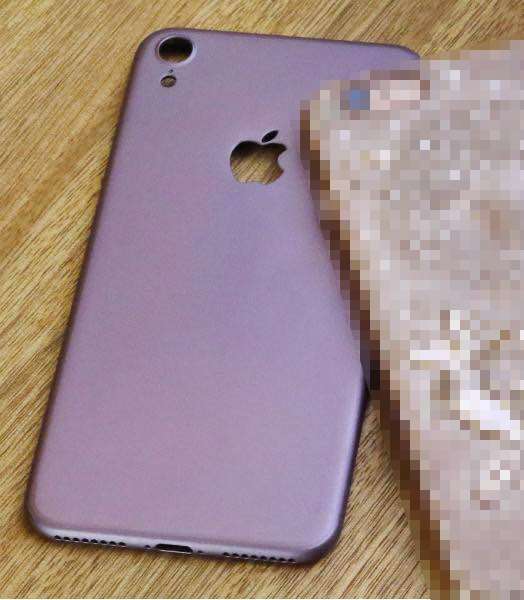 Rumors for the iPhone 7 have been all over the place since the release of the iPhone SE. There has been speculation that the next-generation iPhone would ship without a headphone jack, include a Smart Connector and be Apple's first fully waterproof device. On Sunday, Editor of the French blog Nowhereelse.fr, Steve Hemmerstoffer released several images of an alleged rear case of an iPhone 7 prototype that threw more fuel on the rumor fire. The images were taken from a promotional video created by an Italian case maker who claims he received the rear shell in anticipation of the upcoming iPhone refresh.

Out of all the recent rumors the iPhone 7 being equipped with four speakers makes the least amount of sense, but Apple could be trying to compensate for the rumored lack of a headphone jack by including improved audio. Apple also added quad speakers to its newly released iPad Pro lineup.

Conflicting leaks from various sources have said the iPhone 7 would and would not include a Smart Connector, like the iPad Pro line, and recent rumblings have suggested the new handset will resemble its predecessor with only a few minor tweaks. Those tweaks may include the removal of the antenna band and camera bump. Other reports have also noted that the larger iPhone 7 Plus model may be the only iPhone to ship with a Smart Connector and dual-lens camera system.

The only consistent rumor seems to be the removal of the 3.5mm headphone jack on both devices. This was one of the earliest iPhone 7 reports to begin making the rounds, and the one that hasn't been disputed by any additional leaks, analyst musings or debunked by inside sources.

We still have a long way until the iPhone 7 is officially announced, and as with most big Apple releases we should know more about the next-generation device closer to the actual launch.