Is Apple working on an iPhone stylus? 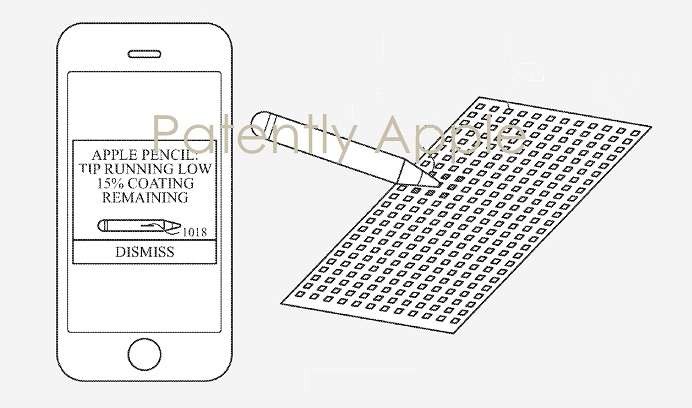 There have been a few signs that Apple is working on launching a smaller stylus for the iPhone. Apple released the original Apple Pencil for the iPad Pro in 2015. As of right now the stylus only supports Apple's Pro lineup of tablets, but three patent applications for an iPhone version of the Pencil have been recently spotted by Patently Apple.

The latest filing includes illustrations featuring only an iPhone, and focuses on tracking tip wear to prevent screen damage.

Apple explains in the application how the Pencil can detect and notify a user when the tip of their stylus needs to be replaced. In older filings Apple specifically mentions the stylus working with both the iPad and iPhone.

Apple's three stylus patents are not the only sign that the company is toying with the idea of launching a new Pencil for the iPhone. In an old interview that resurfaced on Daring Fireball, Apple CEO Tim Cook is quoted as saying, “if you’ve ever seen what can be created with that pencil on an iPad or an iPhone, it’s really unbelievable."

Cook was also asked about the famous Steve Jobs quote "if you see a stylus they blew it" in refrence to other tablets on the market.

Cook claims that Apple released a "pencil not a stylus," and went on to say Jobs "would have loved" the writing device is he had seen it.

"We launched a pencil not a stylus, first of all, and there’s a big difference and the things that people are doing with this pencil, I think that Steve would have loved. He loved to help people create."

Jobs was against launching a stylus for the iPad and he was also not a fan of smaller-sized tablets.

Apple launched both the Apple Pencil for the iPad and the 7.9-inch iPad mini after Jobs' death in 2011.