The first two stages of the Mr. Robo070 are relatively easy. It's important to build up your Refinery defenses during these stages, because if you lose both the game will quickly be over. I found that using a combination of Diplomats, Channelers and Rangers/Snipers to attack Rob070 works best. Diplomats protect your hero and soldiers from the laser fire and Channelers seem to do the most damage to Rob070. Snipers are good because you can quickly turn their fire towards any robots attacking your Refinery if you find it being overwhelmed. 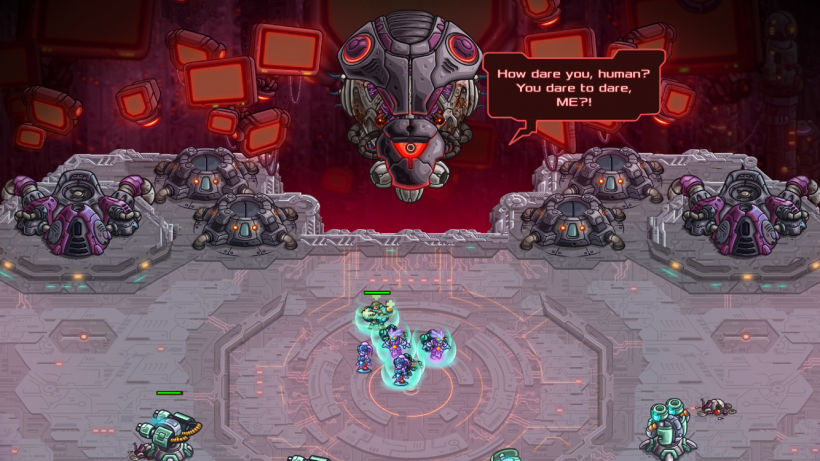 You can dodge Mr. Rob070's death rays in stage 3. It's not easy, especially when you're trying to move multiple groups of troops or slower troops like the Channelers or anyone from the mech group. If you can dodge the death ray enough times you will be able to take down Mr. Rob070. Remember to protect your Refinery at all costs. Without it you will not be able to spawn new troops and the game will be over when your last solider falls.