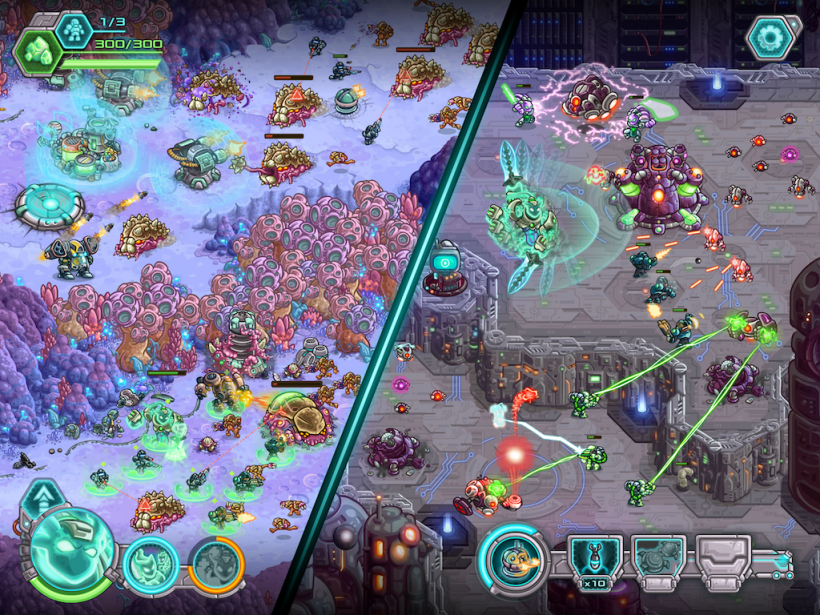 It is no secret that we consider the Kingdom Rush series to be one of the best TD trilogies available for mobile devices. That's why we were very excited to hear that the game's developer, Ironhide Game Studio, has officially announced a release date for its latest title, Iron Marines.

Ironhide describes Iron Marines as a "real-time, dynamic and deep strategy game that will transport you to amazing and unknown planets." The new TD title puts players in charge of the Iron Marines, and 9 heroes with 8 special weapons and over 40 upgrades. Players can test their wit with 4 campaign missions across two different worlds and 10 special operations. The game also promises epic boss battles, an Impossible Mode, more than 50 achievements and more.

The game will be available on the App Store and Google Play on September 14. Android users will be able to pre-register through Google Play on August 17. All players will receive the mercenary Fate if they purchase Iron Marines within 48-hours of its release.

Here is a list of Iron Marines features and the official launch trailer:

Pricing is unknown at this time, but Ironhide games normally range between $3 to $4.