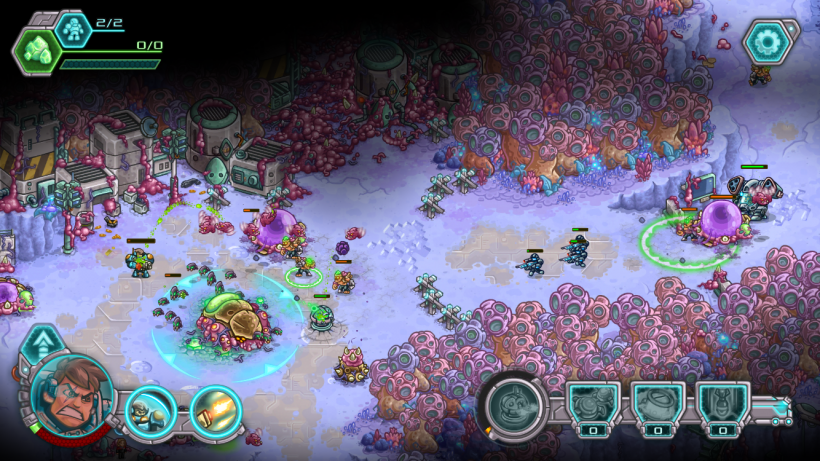 Iron Marines takes place on different alien planets instead of the medieval world of Kingdom Rush. It also spices up the static format of classic TD games by allowing you to move your main troops from place to place. You still have to defend bases, but instead of remaining still while waves of enemies come after you -- you go after your enemies. What makes Iron Marines unique is the different objectives of each mission. In one mission you may have to topple an enemy tower, and in the next you may need to hold a strategic position for a certain amount of time.

Iron Marines features the same cartoonish art style, humor, pop culture references and basic gameplay mechanics as Kingdom Rush. You command 3 different class of troops each with their own strengths and weaknesses. Each class also has 3 different types of soldiers with different abilities. For example, the Mecha Squad has a Brawler, Shellstorm and Flamewalker for you to choose from. You spawn your troops by collecting Etherwatts and can switch between the 3 types of soldiers for each class on the fly. This comes in handy as you will need to quickly learn how each soldier benefits you in battle and switch between them as they're needed.

So lets say you want to take down an enemy tower but it is guarded by several mutants. You will need to take out your enemies using your Rangers or Snipers, but then transform them into Engineers once you punch through the defenses. Rangers and Snipers can destroy an enemy tower, but Engineers are more equipped for the task, and are a lot faster at completing the job. 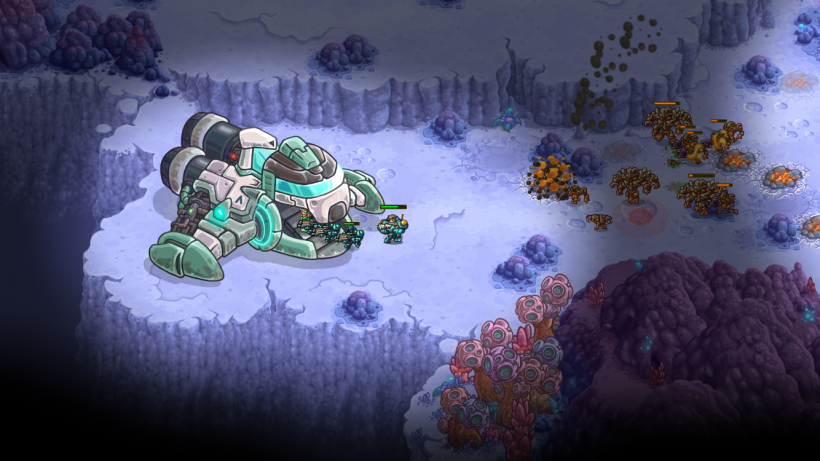 The game also has all the familiar upgrade systems as Kingdom Rush. You have 3 free heroes who you can upgrade by earning points (9 heroes total with IAPs), and a abilities tree for your various soldiers. You can also purchase additional weapons to use in battle. However, unlike Kingdom Rush you can only equip 3 of these weapons at one time.

What makes Ironhide a great developer is the ability to basically deliver the same game over and over while offering you something new. Each Kingdom Rush title offered the same fun gameplay as its predecessor but with more of the features that you loved. Iron Marines continues this tradition by being a lot like Kingdom Rush but with more troops, more strategy, more achievements, more worlds and so on.

Like with any new game it takes a few attempts to learn how to play Iron Marines, but once you get the basic strategy down it is just as addicting as Ironhide's other titles. The game also manages to capture what made the original Kingdom Rush so much fun. In Kingdom Rush you really had to utilize the the different abilities of your towers in different ways to perfectly complete the game and earn all the stars. Iron Marines also challenges you to find the right combination of troops to complete a level, and just when you think you have the perfect strategy down, it changes all the rules. 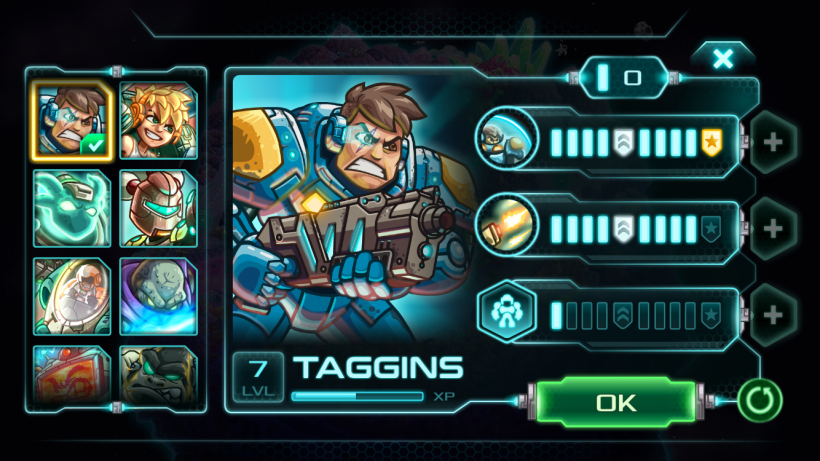 Iron Marines is a must buy for all fans of the Kingdom Rush series and tower defense games. Version 1 comes with two worlds with several main levels and bonus levels. It is jammed packed with achievements, and each level has three degrees of difficulty giving it great replay value. Ironhide is also known for supporting their titles for many years, always adding new content and offering sales on IAPs. If you're new to the world of Ironhide, their games are fully available for a one-time download fee with the ability to purchase more heroes or in-game money, but spending additional money is not required.

To learn more about Ironhide Games and Iron Marines you can visit ironhidegames.com.

Update: A lot of people are calling me out on Facebook for referring to Iron Marines as a tower defense title when it is advertised as a RTS. It is more of an RTS than TD, but it does have TD elements. I was also trying to compare it to Kindgom Rush because it's impossible not to. A lot of people are waiting for Kingdom Rush 4, and are wondering if Iron Marines is good enough to fill the time until it is released. As I hope I made clear in my review, I really enjoyed Iron Marines, but nothing will ever replace Kingdom Rush in my eyes. However, it is a fun game and it will be enjoyed by fans of both tower defense and real-time strategy titles. I hope Ironhide keeps making both Kingdom Rush and Iron Marine games well into the future.