How do I use walkthrough 3D flyovers in Maps?

iOS 11 lets you control your city flyovers in Maps, how do I do it?

iOS 8 introduced 3D Flyover tours of various cities around the world, but they were guided in a sense - they flew you around the city as you sat back and watched. In iOS 11 you can control your flyover (though the guided flyovers are still available). To do so, search for a city, then tap the Flyover button. You can start the guided flyover with the "Start City Tour" button or control your own motion simply by tapping elsewhere on the screen. Now you can move your iPhone or iPad around to change your view of the city, similar to augmented reality apps. You can also use finger gestures to move around and zoom in and out. 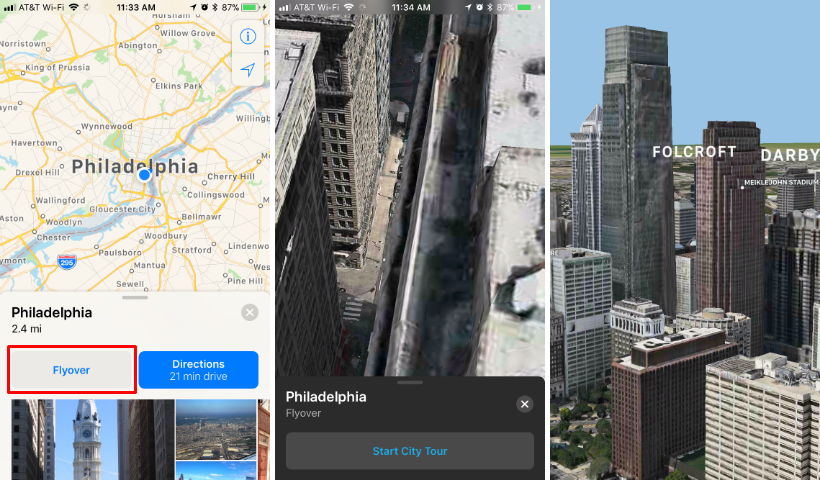