Will iPhone 4.0 Include Apple's Latest Patents?

Apple has been prolific in the patent department lately, especially when it comes to patents that relate to the iPhone and iPod Touch. The latest filing shows a process that would allow someone on a phone call to send files to the other party without ending the call or leaving the phone app. 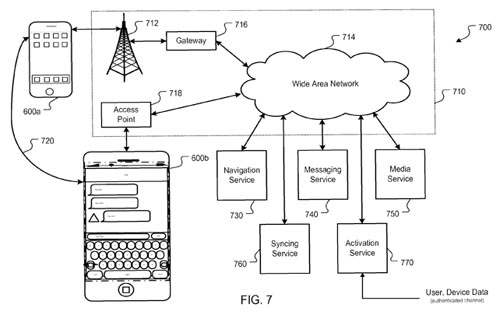 The iPhone would automatically determine where to send the files based on the contact information of the person connected. Even if multiple parties are in a conference call, the person sending documents, emails, contacts or text messages could send this data in one step while still connected to any of the participants.

Peter Henry Mahowald receives credit as the inventor in Apple's patent filing. Although this sounds like a useful feature, there are even more recently discovered patents that could make their way onto the next generation iPhone.

We recently reported that future iPhones may record consumer abuse events for later diagnostics by Apple. By recording when devices are dropped hard or placed in temperature settings that are too high or too low for proper operation, the company can prove a device was abused.

This patent describes the device automatically shutting down when a dangerous condition exists or if the iPhone can no longer operate to protect against further damage.

Another recent patent filing would automatically switch to speakerphone if the sensors detect that the iPhone is laying flat and still on a table, for example.

Future iPhones may also allow users to share music or other media while on a call. These patents feature interactive playback control even while connected to the other party.

As usual, Apple engineers must have their work cut out for them. No telling exactly which patents will make it into the next generation device.