The (inaccurate) furor over an impending iPhone Nano just got a shot in the arm. Apple patents described by MacNN have revealed a device that looks remarkably like a smaller version of the iPhone. 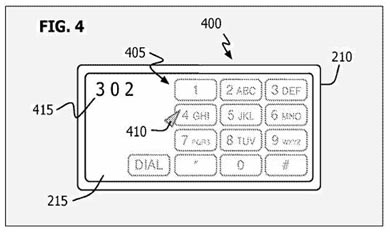 The device is approximately the size of the current iPod Nano, only 1/4 inch thick. Although the patent describes a front screen, the biggest change from current designs is a pressure-sensitive tactile control on the back.

According to reports, this area of the iPhone Nano would track the user's fingertip and indicate position with a cursor on the front screen. The software on the device includes SMS, instant messaging, phone and email functionality, as well as an iPod app and camera.

The patent was filed by John G. Elias, the founder of FingerWorks. The company's assets were purchased by Apple in 2005 and helped to develop the iPhone touch screen. Elias now works for Apple on similar projects.

Since this patent was first filed in Australia some time ago, Apple has been named the new owner. It's possible that some of the ideas in this patent have already been refined and included in the existing iPhone models.

Only Apple knows if this is a redesign or a first draft. Until an official announcement is made about an iPhone Nano, let the rumor mill start up again.