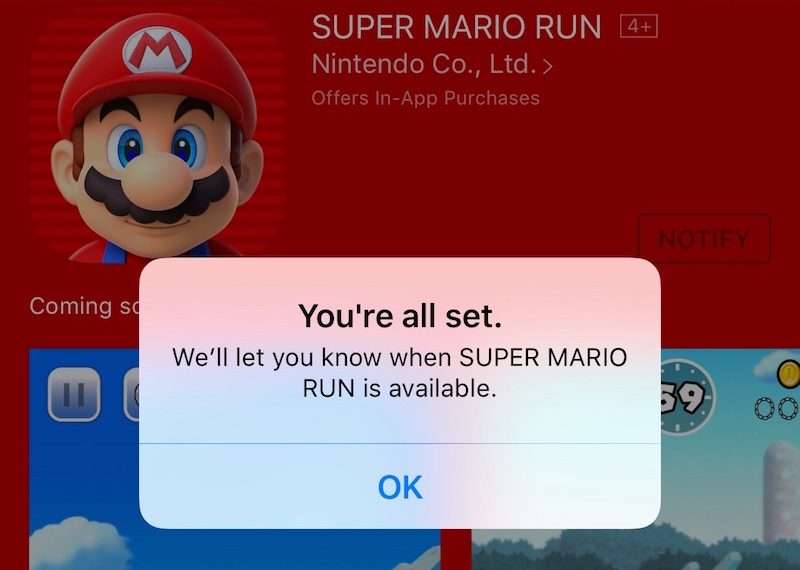 Apple has added the option for developers to make their apps available for pre-order on the App Store. The new feature allows iPhone and iPad owners to search the App Store for upcoming apps and purchase them before their official release. Users who pre-order an app will receive a notification when it is officially ready to download.

Developers can set pre-order times between 2 and 90 days, and only new apps can be sold as pre-orders. Google and Amazon has offered pre-orders for apps on their marketplaces for years. Pre-orders not only help build excitement, but it also allows developers to gauge interest in their apps or games. Developers can track the performance of their app pre-orders in the Sales and Trends section of iTunes Connect.

Super Mario Run last year was the first game to ever be offered as a pre-order on the App Store. Apple hasn't offered any other app pre-orders since its launch. It is unknown if Apple will use the same orange "Notify" button as it did with Super Mario, or if they will introduce a new pre-order icon.

Apple today has also added the option for developers to offer discounted introductory prices for auto-renewable subscriptions on all three App Stores (iOS, tvOS and macOS).