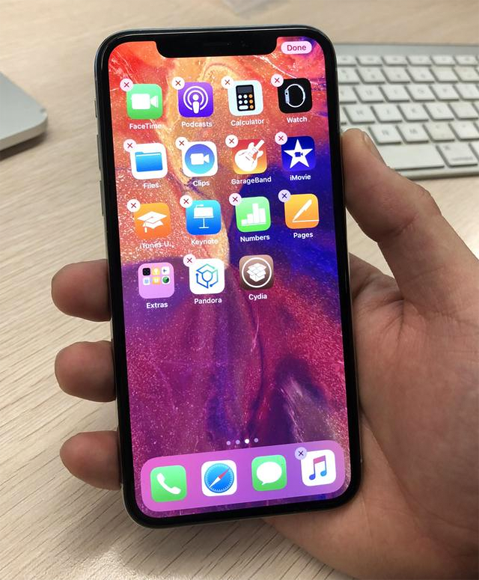 Security researchers have found what they claim to be the "perfect" iOS 11.2 jailbreak, which also works on iOS 11.2.1. The team of 10 experts at Alibaba's Secure Pandora Labs is headed by Song Yang, whose group successfully demonstrated a jailbreak of iOS 11.1 in November. So when can iPhone X owners expect new jailbreak tools to be released to the public?

According to Song Yang on the Alibaba Security Blog:

"Although we soon escaped iOS 11.2 perfectly, we were limited to security research purposes, so [Secure Pandora Labs] does not provide jailbreak tools."

In fact, one researcher on the team named Long Lei is already credited with reporting seven iOS 11.1 security vulnerabilities to Apple, which have been patched in iOS 11.2. This means the iPhone X owned by Secure Pandora Labs (in photo above) is likely to be the only device of its kind with Cydia installed on the home screen.

The popularity and utility of jailbreaking iOS devices has waned recently, with Apple adding many popular jailbreak features to recent versions of iOS. Furthermore, Apple has added increasingly advanced security features to its mobile operating system, making the process of finding vulnerabilities to exploit more difficult. It remains to be seen if another team can bring forth an untethered jailbreak solution for the iPhone X.

iOS 11.2.1 brought restored services to users of HomeKit as well as a fix for camera autofocus issues on the iPhone X, iPhone 8 and iPhone 8 Plus.