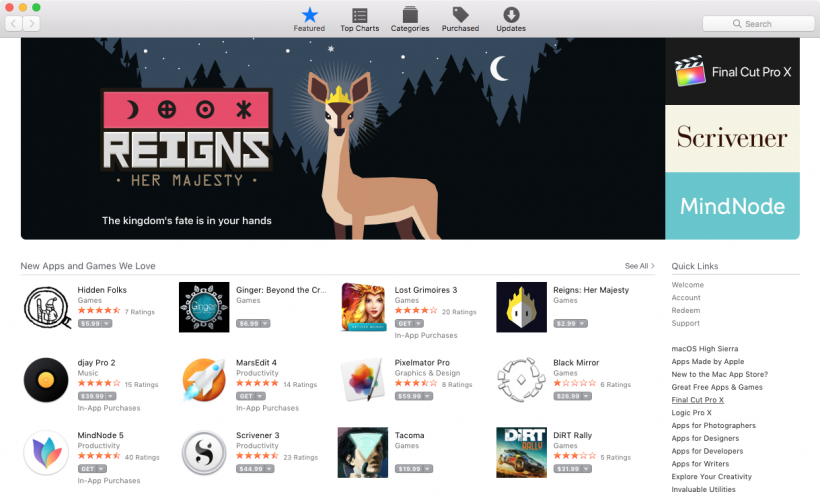 Apple plans to unify its app development process to include iOS apps in the Mac App Store as early as next year. According to a Bloomberg report, this change could breathe much-needed life into the App Store on macOS computers. Apparently developers have been reluctant to distribute their software using the platform.

This could all change with a single app development process, which would bring the software to devices across iOS and macOS in one swoop. Currently developers must create separate apps for each operating system, which in many cases prioritizes the iOS app. Updates to apps could be rolled out simultaneously on all Apple platforms after the proposed changes are implemented.

The shift marks a significant change in strategy for Apple, which could be delivered with the next major updates to iOS and macOS. The project even has a secret codename, "Marzipan" that is used internally by the company. Marzipan is otherwise known as a sweet treat made with ground almonds, egg whites and sugar, which can be molded into the shape of an apple.

In any case, this means iOS 12 and macOS 10.14 could be revealed at WWDC in June 2018, ushering in an era of unified app support across Apple hardware. Apple may also have long-range plans to include custom silicon in its desktop computers, much like iPhones and iPads contain Apple-designed chips. Apple takes a cut of developer revenue in both the iOS App Store and the Mac App Store, however Mac owners can still install software from other sources.