Beware of In-App Purchase scams on the App Store 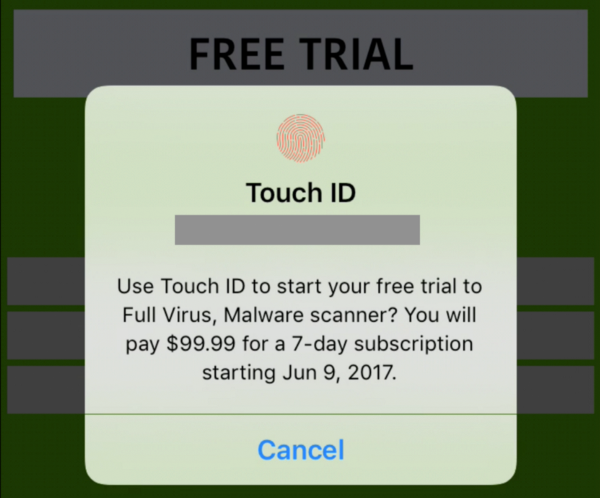 News flash: the iPhone does not need a virus scanner, malware cleaner or any other bogus system security provided by an app. Third-party iOS apps are sandboxed, meaning they are insulated from the host system. Not only does this enhance security, but it means that any app claiming to perform a "system scan" is outright nonsense. Apps are not capable of scanning, cleaning or protecting any iOS device, including the iPad and iPhone. Despite this, Johnny Lin at Medium has found many of these scams alive and well on the App Store.

His report points to several nefarious apps, which offer weekly in-app subscriptions that deliver absolutely nothing. In one case, "Mobile protection :Clean & Security VPN" is a top 20 grossing app in the Productivity category, because it charges $99.99 per week. This is after asking permission to access your Contacts and then redirecting your internet traffic to who-knows-where. Not only is this a complete rip-off, there's no telling what the developer is doing with your personal information.

Part of the problem lies in targeted ads that appear in results after an App Store search. Scammers are milking this function of the App Store to deliver their fake apps to the top of the list. Strangely, these apps have made it past Apple's review process and are raking it in from unsuspecting mobile users.

Protect yourself from In-App scams

Apple will surely do more to crack down on these scam apps, as App Store ads are still a relatively new phenomenon. In the meantime, make sure your friends and family members are aware of the problem and avoid these fake subscriptions.