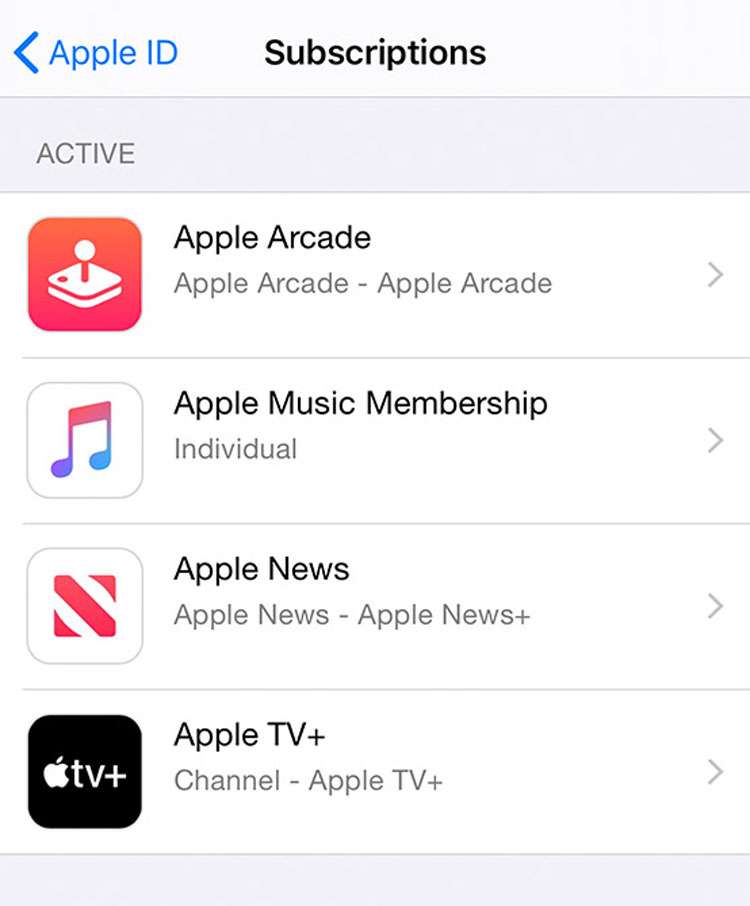 Apple looks set to reveal new subscription bundles for its services at next week's media event in Cupertino. Hints of the upcoming plan, known as "Apple One" have appeared in iOS source code. The bundles would allow Apple customers to unify several services including Apple TV+, Apple Arcade, Apple Music, Apple News+, and more into one monthly package.

Apple One subscribers will have several tiers to choose from, starting with a basic plan providing access to Apple Music and Apple TV+. From there, additional services would appear in larger bundles, with top-tier bundles integrating iCloud storage plans into the mix. Bloomberg reports that Apple plans to launch Apple One in October alongside the iPhone 12.

Apple is seeking to increase revenue from services, while users stand to benefit from discounts on Apple One subscription bundles over joining each membership a la carte. iOS 14 will automatically suggest Apple One bundles to iPhone and iPad users that already subscribe to one or more of Apple's services.

Apple already offers anyone purchasing new hardware a free one-year subscription to Apple TV+. The company may be expanding this concept by delivering new Apple TV owners a year of Apple Arcade at no cost. Apple One bundles will be integrated with Family Sharing, making it possible for up to six people to share all services.

The Apple Watch Series 6 is expected to make an appearance at Apple's September media event as well. In conjunction with the new hardware, Apple is said to be working on a brand new subscription service that would offer virtual fitness classes on the iPhone, iPad, and Apple TV. The fitness option would go head-to-head against similar plans delivered by Nike and Peloton, and possibly be included as part of an Apple One bundle.