Speculation that Verizon would offer new iPhone owners an unlimited data plan has been confirmed. The Wall Street Journal has reported that Verizon's COO, Lowell McAdam, has confirmed Verizon's plan to offer iPhone customers unlimited data for $30 per month. McAdam stated plainly that he wasn't going to "shoot [himself] in the foot" by putting up a roadblock to customers wanting to switch from AT&T. This was reported a few weeks ago, as well but has only now been officially confirmed by Verizon. 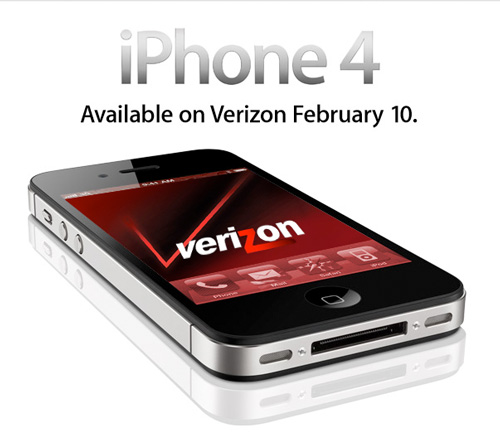 It is important to note that this offering from Verizon is a temporary one. Speaking later this morning, McAdam indicated that Verizon will eliminate the unlimited iPhone data plan and move to a model similar to AT&T's data plans. One can only assume that those who get on board early will be grandfathered in to the unlimited data plans, lest Verizon be accused of bait and switch.

So, if you're planning on getting an iPhone 4 on Verizon and expect to use a lot of bandwidth, you might want to jump while the jumping's good.

The iPhone 3G rollout seems to be affecting the entire Verizon network. My landline DSL connection in the DC area has been a mess ever since last Thu when they started taking orders. Slow connections, rate limitations, outages... I don't think they're handling it well and they certainly aren't owning up to it. Took several hours this morning running the support gauntlet several times to get to a tech dispatcher for a 2nd visit "sometime today or tomorrow" since the last visit didn't resolve it... and it was pretty thoroughly established that it's not my equipment. From numerous forum posts and my own experience it's pretty obvious they're slammed with serious issues.

I realize it's not the first time an ISP has handled a new service rollout ungracefully. As a network engineer, messy 'upgrades' and firefighting unforeseen problems is all part of the job. So I guess I'll just have to weather it.

Meanwhile, I'm stuck at dialup speeds while Verizon's net is in chaos. Don't say I didn't warn you if you eat a hefty termination fee jumping ship from AT&T, or otherwise find Verizon's 'unlimited' service attractive. Might want to hold off on that.