UPDATE (2/14/2011): A jailbreak (not unlock) for Verizon iPhones running iOS 4.2.6 is now available. Click the following link to learn about how to jailbreak the Verizon iPhone.

Since Verizon's iPhone 4 launch announcement yesterday, the web has been rife with speculation on how soon we'll see the Verizon iPhone 4 jailbroken and unlocked. Will the iPhone Dev Team focus on the CDMA iPhone unlock, or just the jailbreak of iOS 4.2.5? If an unlock does become available for the Verizon iPhone, will Sprint embrace the CDMA iPhone? Some say it will happen, some say it won't. Except there's only one problem ... the CDMA / Verizon iPhone 4 isn't locked in the first place. Why? Because CDMA phones aren't locked. 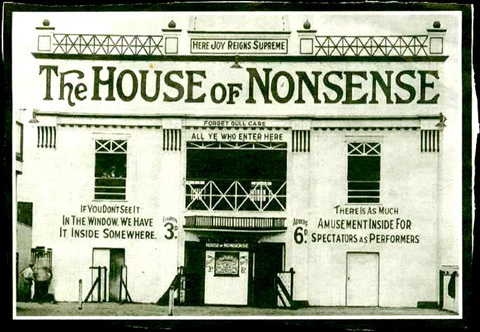 Carrier locks, otherwise known as SIM locks or network locks, are a feature of GSM phones, not CDMA phones. GSM phone service subscribers have SIM (subscriber identity modules) cards which, when inserted in their GSM phones, identify each subscriber on the network. Subscribers can change devices simply by popping out their SIM card and inserting it into another device. GSM phone manufacturers provide hardware and software features that allow network providers to "lock" phones to accept only certain SIM cards. For example, only SIM cards that contain particular mobile country codes (MCCs) or mobile network codes (MNCs) - such as AT&T.

The lock that the iPhone Dev Team (and others) keep unlocking on the GSM iPhone is this SIM lock. Since the CDMA iPhone has no such lock (it doesn't even have a SIM card), there's nothing for the iPhone hacking and modding community to unlock. So, if you're wondering whether an unlock is coming down the road for the Verizon iPhone -- the answer is no.

So does that mean you can buy a CDMA iPhone and use it on Sprint? Unfortunately, no. CDMA providers, such as Verizon and Sprint, are notorious for being unwilling to allow customers to use phones that weren't sold directly by the provider. Though the Verizon iPhone 4 isn't locked, it does contain an ESN (electronic serial number), which you can think of as a mobile phone's fingerprint. In order for a CDMA phone to be activated / used on a CDMA network, the provider must have that device's ESN on their list of approved serial numbers.

In other words, the carriers excercise full control over what phones operate on their networks via the ESN activation requirement, unlike GSM providers which typically allow users to switch devices via the aforementioned SIM swap. So, while Verizon and Apple can't stop you from using your CDMA iPhone 4 on Sprint, Sprint can -- and likely will.

There is some good news and that is that other, smaller CDMA providers -- such as Cricket -- have a better track record of letting their customers activate devices intended for other CDMA networks. So, if you're on a smaller CDMA carrier's network, you might be able to use the Verizon iPhone 4 with those folks. Check with your carrier to see if they will permit the activation of "foreign" CDMA devices, such as the Verizon iPhone 4.

ur better off buying an unlocked SIM iPhone

Sprint Nextel agrees to start unlocking phones
By Nilay Patel posted Oct 26th 2007 5:31PM
An under-the-radar class action lawsuit against Sprint Nextel is winding its way towards a settlement this week, and it contains a pretty huge concession by Sprint: the company will unlock phones for both current and former customers, and will begin training its customer service reps on how to connect non-Sprint phones to its network. The settlement was tentatively approved by a California judge on October 2, but hasn't had a final approval hearing yet, according to Sprint -- but it's still a huge win for US consumers, who haven't been able to buy mainstream unlocked phones from any of the major carriers. Of course, since Sprint's network is CDMA, unlocked phones will only work on other CDMA carriers like Verizon -- and there's no guarantees those companies will be happy about it -- but at this point we'll take whatever we can get.

do that mean that i can get an verizon iphone and have it connected on sprint network?

its been unlocked to metropcs
http://www.youtube.com/watch?v=2HtC7XSGZoI