When Apple introduced iOS 5 at this year's WWDC, they touted the fact that their latest version of iOS offered over 200 new features, but chose to highlight only a small handful of them. Shortly after its announcement, iOS 5 beta became available to developers, and countless individuals have been combing the software to dig up the remaining 190 or so features that Apple chose not to highlight.

Here we'll introduce you to 5 great features that Apple neglected to mention. Needless to say, there are plenty of other features you'll learn about over the next few weeks, but these are some of our favorites.

Even iPhone fans have been vociferous with their complaints about video chat on the iPhone being limited to WiFi connections only. This limitation is removed in iOS 5, as FaceTime becomes 3G-enabled. It is worth noting, however, that this will likely be dependent on your wireless provider, as certain carriers may opt not to put a heavier bandwidth load on their already strained 3G networks. 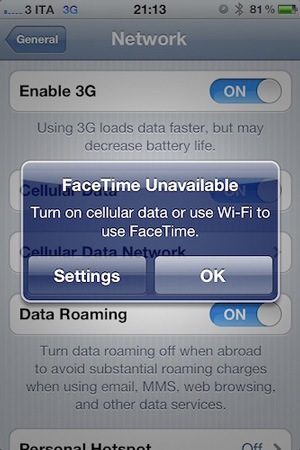 Custom audio alerts are helpful. It's handy to be able screen calls from your wife or boss without even having to look at your phone, thanks to the Jaws theme song that plays when the call comes in. Come iOS 5, you'll be able to do the same even when in vibrate mode. iOS 5 allows you to create custom vibration patterns through a nifty interface that builds vibration patterns based on screen taps. 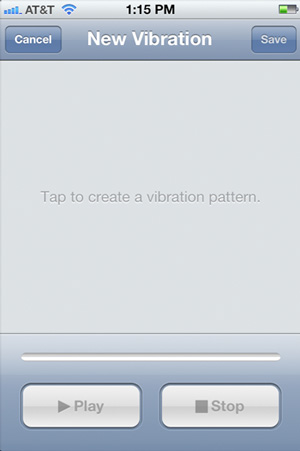 iPhone owners that were formerly part of the Palm Treo or BlackBerry camps remember fondly flashing LED alerts which informed you visually (from a considerable distance) that you had new voicemail, email, text messages or what have you. These older versions were particularly featured, with different flash patterns and even different colors. Additionally, the LED on these devices usually sat on the top/front of the device, making it visible the vast majority of the time. iOS 5 introduces this feature to iPhone owners, albeit in a somewhat dumbed down fashion, to to the back positioning of the iPhone's LED and it's limitation to a single color. Still, pretty neat.

Until iOS 5, iPhone and iPad users have been limited to 720p playback. In fact, iTunes won't even sync 1080p content to iOS devices prior to iOS 5. With the new release of iOS, however, 1080p support is fully enabled. Many will point out that 1080p might not serve a purpose on current iOS devices, given their screen resolutions. However, the support for 1080p does have considerable implications for those that use the iPhone or IPad 2 to output video to their televisions or other displays.

Okay, so this isn't quite what we were hoping for, but it's getting there. If you're an avid Google Maps user, you've long been missing the ability to generate more than a single route in Maps. Come iOS 5, Maps will offer up a variety of routes that you can choose between. We'd have like to seen click-to-drag and create personalized routes, a feature long available in the PC version of Google Maps, but we'll take this very welcome improvements to the maps app. 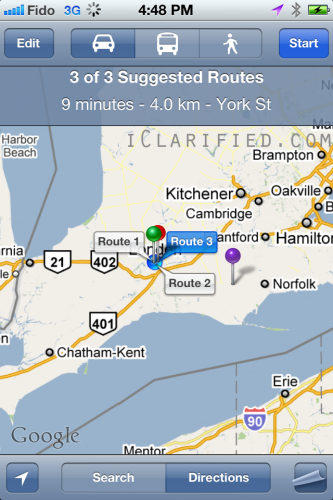 We'll be keeping you posted over the coming days and weeks regarding more great features in Apple's latest version of iOS 5. Check back frequently.

[via iClarified, 9to5mac, thanks to Seth, Kari]