Steve Jobs has stepped down as Apple CEO and Tim Cook was named as his replacement. His abrupt resignation shocked Apple fans, but there is no reason to start digging Apple's grave yet. Cook has been handling day-to-day operations at Apple since Jobs took medical leave in January, and Jobs will remain with the company as Chairman of the Board and an "employee." 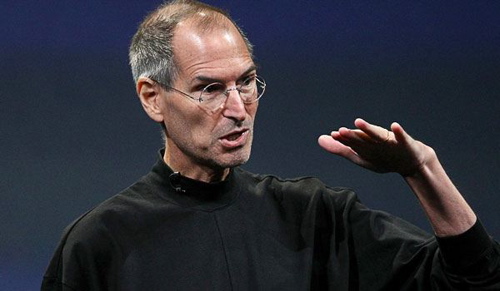 Jobs hasn't retired or dropped dead, and your iPhone or iPad isn't going to self-destruct. I'm not sure what the future has in store for Apple, but as long as Jobs has breath in his lungs, he's not going to allow it to derail. Jobs wrote in his resignation letter, "I look forward to watching and contributing to [Apple's] success in a new role." So don't start writing his obituary yet!

Apple's Board of Directors today announced that Steve Jobs has resigned as Chief Executive Officer, and the Board has named Tim Cook, previously Apple's Chief Operating Officer, as the company's new CEO. Jobs has been elected Chairman of the Board and Cook will join the Board, effective immediately.

"The Board has complete confidence that Tim is the right person to be our next CEO," added Levinson. "Tim's 13 years of service to Apple have been marked by outstanding performance, and he has demonstrated remarkable talent and sound judgment in everything he does."

Jobs submitted his resignation to the Board today and strongly recommended that the Board implement its succession plan and name Tim Cook as CEO.

As COO, Cook was previously responsible for all of the company's worldwide sales and operations, including end-to-end management of Apple's supply chain, sales activities, and service and support in all markets and countries. He also headed Apple's Macintosh division and played a key role in the continued development of strategic reseller and supplier relationships, ensuring flexibility in response to an increasingly demanding marketplace.

I have always said if there ever came a day when I could no longer meet my duties and expectations as Apple's CEO, I would be the first to let you know. Unfortunately, that day has come.

I hereby resign as CEO of Apple. I would like to serve, if the Board sees fit, as Chairman of the Board, director and Apple employee.

As far as my successor goes, I strongly recommend that we execute our succession plan and name Tim Cook as CEO of Apple.

I believe Apple's brightest and most innovative days are ahead of it. And I look forward to watching and contributing to its success in a new role.

I have made some of the best friends of my life at Apple, and I thank you all for the many years of being able to work alongside you.

I am looking forward to the amazing opportunity of serving as CEO of the most innovative company in the world. Joining Apple was the best decision I've ever made and it's been the privilege of a lifetime to work for Apple and Steve for over 13 years. I share Steve's optimism for Apple's bright future.

Steve has been an incredible leader and mentor to me, as well as to the entire executive team and our amazing employees. We are really looking forward to Steve's ongoing guidance and inspiration as our Chairman.

I want you to be confident that Apple is not going to change. I cherish and celebrate Apple's unique principles and values. Steve built a company and culture that is unlike any other in the world and we are going to stay true to that-it is in our DNA. We are going to continue to make the best products in the world that delight our customers and make our employees incredibly proud of what they do.
I love Apple and I am looking forward to diving into my new role. All of the incredible support from the Board, the executive team and many of you has been inspiring. I am confident our best years lie ahead of us and that together we will continue to make Apple the magical place that it is.