25-year-old Trevor Eckhart discovered a "rootkit" hidden in various Android handsets that logs information like text messages, location and encrypted web searches. The company behind the software, Carrier IQ, claims their technology is an innocent diagnostics tool that doesn't record keystrokes or illegally track users. However, Eckhart's YouTube video below seems to suggest otherwise. On Thursday, Apple joined several other carriers and manufacturers in coming clean about using the software. Here is their statement in full (via All Things D): 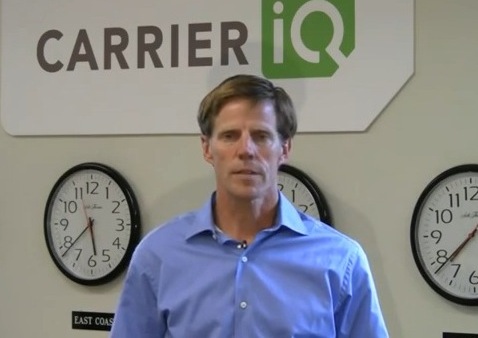 “We stopped supporting Carrier IQ with iOS 5 in most of our products and will remove it completely in a future software update. With any diagnostic data sent to Apple, customers must actively opt-in to share this information, and if they do, the data is sent in an anonymous and encrypted form and does not include any personal information. We never recorded keystrokes, messages or any other personal information for diagnostic data and have no plans to ever do so.”

UPDATE: Verizon, Research in Motion, Nokia and Microsoft have denied using the software.

Carriers like Sprint Nextel Corp., AT&T and T-Mobile claim they have used Carrier IQ on some devices to improve their services in the past. Sen. Al Franken has asked the company to reveal what information it logs and how. You can read his letter to Carrier IQ CEO Larry Lenhart below.

I am very concerned by recent reports that your company’s software—pre-installed on smartphones used by millions of Americans—is logging and may be transmitting extraordinarily sensitive information from consumers’ phones, including:

• when they turn their phones on;
• when they turn their phones off;
• the phone numbers they dial;
• the contents of text messages they receive;
• the URLs of the websites they visit;
• the contents of their online search queries—even when those searches are encrypted; and
• the location of the customer using the smartphone—even when the customer has expressly denied permission for an app that is currently running to access his or her location.

I understand the need to provide usage and diagnostic information to carriers. I also understand that carriers can modify Carrier IQ’s software. But it appears that Carrier IQ’s software captures a broad swath of extremely sensitive information from users that would appear to have nothing to do with diagnostics—including who they are calling, the contents of the texts they are receiving, the contents of their searches, and the websites they visit.

These actions may violate federal privacy laws, including the Electronic Communications Privacy Act and the Computer Fraud and Abuse Act. This is potentially a very serious matter.

I ask that you provide answers to the following questions by December 14, 2011.

(3) What if any of this data is transmitted off of a users’ phone? When? In what form?

(5) If Carrier IQ receives this data, does it subsequently share it with third parties? With whom does it share this data? What data is shared?

(6) Will Carrier IQ allow users to stop any logging and transmission of this data?

(7) How long does Carrier IQ store this data?

(8) Has Carrier IQ disclosed this data to federal or state law enforcement?

(9) How does Carrier IQ protect this data against hackers and other security threats?

I appreciate your prompt attention to this matter.

AL FRANKEN
Chairman, Subcommittee on Privacy
Technology and the Law