iPhone 5 Defect Could Cause Shipment Delays 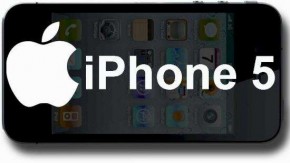 Wedge Partners analyst Brain Blair doesn't think a glitch in the supply chain is a problem at all. He believes Apple only plans to release one iPhone model this year, the iPhone 4S, which is reportedly flying off the production line. Blair told BGR:

“We expect the focus of the new iPhone will be iOS 5, a speedier A5 processor and a higher resolution 8 MP camera with a small possibility of a larger 4 inch screen. We believe the casing will be largely similar to the iPhone with some particular modifications to the antennae [sic]. We don’t expect a second, dramatically different iPhone to accompany this as we don’t think Apple needs to have 3 models in the market to address the high end, mid-tier and low end since the iPhone 4 (with memory lowered to 8 GB) will drop to $99 and effectively attack those markets.”

A Sprint employee also seemed confused stating Sprint was gearing up for an iPhone 4 launch at the end of September, not an iPhone 5 launch, and T-Mobile Chief Marketing Officer Cole Brodman was quoted as saying "we're not going to get the iPhone 5 this year." Most assumed he meant T-Mobile was being left out of Apple's plans, but it could mean the iPhone 5 won't be ready until 2012. It's also possible Sprint and T-Mobile will only be offering the iPhone 4 to its customers, while AT&T and Verizon will be carrying the iPhone 5 first.

It's hard to believe Apple would hold a big media event with new CEO Tim Cook to only announce a revamped iPhone 4. I'm sure the iPhone 5 will make a cameo if there is a conference in October, however, if it will be available in 2011 is still the big question.