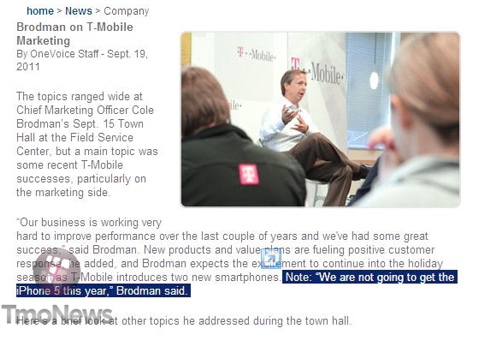 Technically no one is one-hundred percent sure if anyone will be offering the iPhone 5 in 2011. Remember, according to some tech blogs the iPhone 5 was going to be here in August, and we're halfway through September with still no announcement. Perhaps this is a hint that no one will be getting the iPhone 5 until 2012. Now wouldn't that suck!