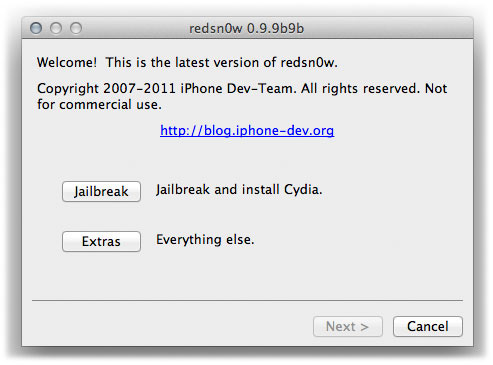 The iPhone Dev team also released Redsn0w 0.9.9b9b with native support for iOS 5.0.1 on Monday. Unlike the holy grail of jailbreaking that pod2g is working on, this is a tethered jailbreak that doesn't support the iPhone 4S or iPad 2... But it's the best thing the jailbreaking community has to offer as of today. We will keep you updated as we learn more.