As expected Apple has stopped signing iOS 5.0.1 with the release of iOS 5.1. If you own a jailbroken device you should not update to 5.1 because it breaks both the Corona untether and the Absinthe exploit. The Dev-Team warned both veteran and amateur jailbreakers about the dangers of upgrading on Wednesday. 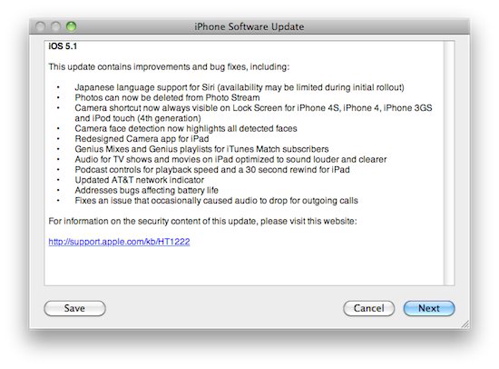 iPhone 4S and iPad 2 users who did not heed the warning won't be able to downgrade back to 5.0.1 even if they did save their SHSH blobs. People with earlier devices and saved SHSH blobs can downgrade with the assistance of geohot’s limera1n exploit. There is also a tethered jailbreak for non-A5 devices if you really have the urge to get to 5.1.

I'm not sure updating to iOS 5.1 is worth losing your untethered jailbreak, but non-A5 users can sacrifice their freedom if they want to. iPhone 4S users should avoid 5.1 if they want to keep their jailbreak. However, non-iPhone 4S owners can keep their devices jailbroken by downloading redsn0w 0.9.10b6. This version is a tethered 5.1 jailbreak for non-A5 devices. 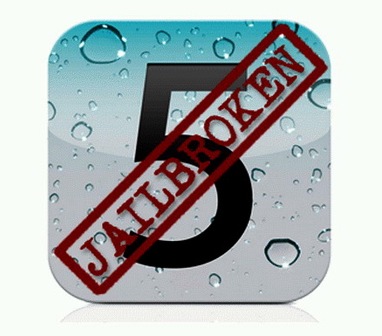