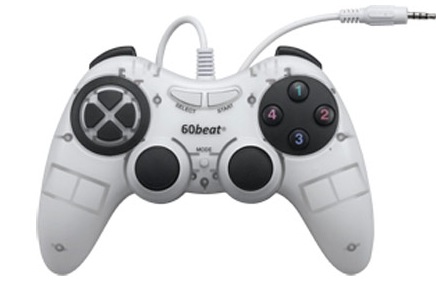 The GamePad only comes in white and is available now from 60beat and other online retailers.