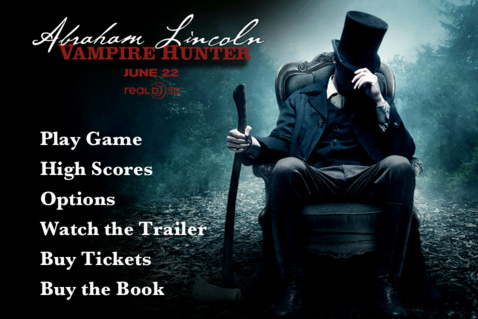 The Abraham Lincoln Vampire Hunter iOS game is available for free in the App Store. It's rated 17 or older for violence and mature themes.

Visionary filmmakers Tim Burton and Timur Bekmambetov reinvent the time-honored genre and present the terrifying creatures of the night as they were meant to be experienced -- as fierce, visceral, intense and bloodthristy. Abraham Lincoln: Vampire Hunter brings to the screen the secret life of our nation's favorite president . . . as history's greatest hunter of the undead.