Lock Rotation in Landscape Mode on the iPhone 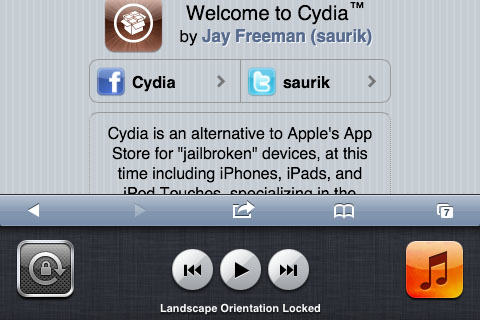 From there, locking the orientation in landscape mode is achieved by following the same steps to lock orientation as are used from portrait mode. Of course, only apps that actually switch orientation depending on the position of the iPhone are affected. When landscape orientation is locked, opening an app like Photos will automatically default to the horizontal orientation.

SwitcherLand can be found in the BigBoss repo on Cydia for free. Just search for SwitcherLand or browse to Sections -> Tweaks -> SwitcherLand. The package has no additional settings to configure, it just adds landscape access to the app switcher and orientation lock control. Installation of SwitcherLand requires a jailbroken device running iOS 5 or later.