Looking for a faster way to access heavily used apps on your iPhone? A new tweak named AppSlider makes it possible to add two app icons to the unlock slider at the bottom of the lock screen. You can choose which apps to make available at all times. 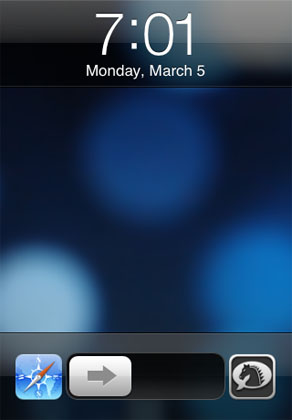 The best part is that the AppSlider tweak respects your passcode, and will follow the same rules as the unlock slider. Once installed on a jailbroken iPhone, AppSlider will shorten the width of the unlock slider and add two app icons when enabled. Any native or third party apps can be opened directly from the lock screen.

AppSlider is free and can be installed using the Cydia app store. Either use the search function or head to the Tweaks section. Developer Ron Melkhior has released the tweak on the BigBoss repository. Once installed, you will be asked to restart the springboard.

To enable AppSlider and choose which apps to shortcut on the lock screen, head to Settings -> AppSlider -> Enabled -> ON. 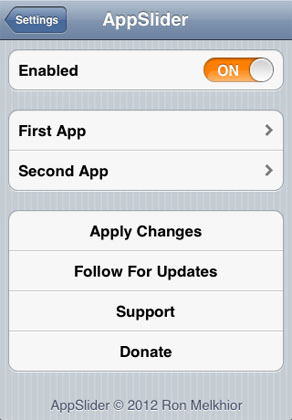 Tap First App and scroll through the list until you find the app you want on the right hand side of the unlock slider. The Second App will appear on the left. After choosing the two apps select Apply Changes and the iPhone will respring.

You can even use the tweak to add just one app icon to the slider if you wish. Removing an app icon from the lock screen is as simple as going back to Settings -> AppSlider and unchecking the first or second app in the list. If you enjoy using AppSlider consider donating to the developer using the Donate button in the AppSlider settings.