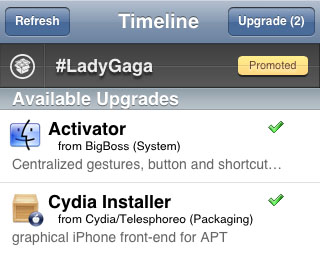 The latest update to Cydia does not bring any other announced improvements or changes to the package installation app. To install the latest version navigate to Cydia and tap the Changes option. You will see the Cydia Installer package listed at the top of the screen. Touch the Upgrade button in the upper right hand corner of the screen.

You will be prompted to confirm the installation. Once the updated package has been installed, touch the Restart Springboard button. Now you can rest assured the Cydia Quick Bar will not reappear on April 1st next year.