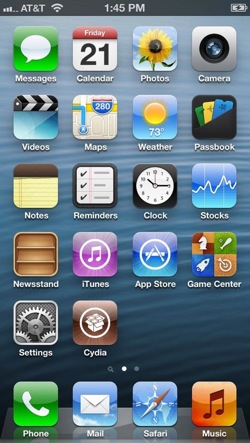 Chpwn released a second picture of the device to prove the jailbreak is not a fake. You can clearly see from the photo that it's indeed an iPhone 5 running iOS 6.0 and Cydia 1.1.