How to Highlight iPhone General Settings

Some tweaks are incredibly simple. So simple you might question whether or not they’re even useful enough to install. One such jailbreak tweak is highlightGeneral. The basic theory behind the tweak goes like this, some of the most important iPhone settings are found under Settings -> General. 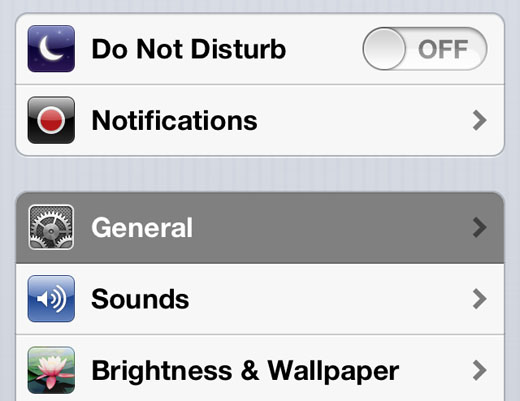 The more apps and jailbreak tweaks you have installed, the more cluttered the Settings area becomes. One could argue that highlighting the General section in a different color makes it easier to find. That’s just what highlightGeneral makes possible once installed.

There are even settings for highlightGeneral, including a variety of text and cell background colors to choose from and apply to the General section. Although you won’t need to respring to see the changes, you will need to quit the Settings app (and remove it from the multitasking switcher) before you choices will show. The developer has described his tweak as “the most awesome tweak ever!” Even if you disagree, highlightGeneral does exactly what it advertises.

HighlightGeneral is available on Cydia from the BigBoss repo free of charge. Check here for instructions on how to jailbreak iOS 6.x with evasi0n. You can also find out how to purchase and install Cydia tweaks with this guide.