Now You Can Be Tony Stark: Marvel Release Jarvis App for iOS

Now that Marvel has finished taking over the big and small screens, they’ve turned their sights on the even smaller screen. As a tie-in to the release of Iron Man 3 on Blu-ray, the company has launched a free iOS app based on Tony Stark’s virtual butler JARVIS for the iPhone, iPod Touch and iPad. 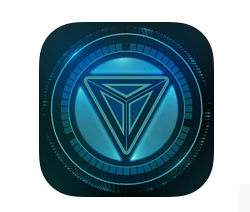 Officially titled "Marvel’s Iron Man 3 - JARVIS: A Second Screen Experience,” it features the voice of Paul Bettany, who recorded over 20 hours of new material exclusively for the app. The voice-activated A.I. butler is similar to Siri and uses verbal commands to post on Facebook and Twitter, set alarms, remind you of appointments, and check time and weather. With the purchase of Iron Man 3 on Blu-ray, JARVIS can be used as a remote control to navigate the disc menu, as well as unlock special Iron Man armors in the iOS app’s gallery.

JARVIS (Just A Rather Very Intelligent System) was originally an actual butler in the Iron Man and Avengers comics. During the transition from page to screen, he was re-imagined as a computer program invented by billionaire genius Tony Stark.

Rumors are circulating that JARVIS is part of an early marketing campaign for the upcoming Avengers: Age of Ultron. If the speculation is to be believed, the app will eventually turn into the evil robot in time for the film’s release. Only time will tell...

The virtual assistant is available for any iDevice with iOS 6 or later and can be downloaded for free in the App Store.

Unfortunately not available in the UK!

Does it come in Australia because I want it bad:(

I want it in the UK someone please make it available in the UK, because I personally think its unfair that almost every where else gets it and they leave the UK out, what if someone in the UK wants this app so badly they would even pay for it!!! come on I cant be the only on feeling this way!!!!!!!!!

When is it out in uk

Why isn't this available in the uk ?
Tryed different ways to get this but with no outcome