A new version of iNdependence, 1.2.5, is now available. iNdependence is the most widely used tool for jailbreaking and installing third party applications on iPhones running, or looking to upgrade to, iPhone firmware version 1.1.1. 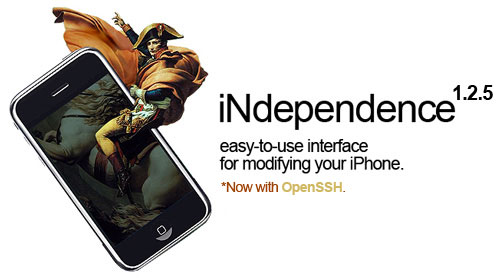 Like it's recently released Windows counterpart (of sorts), iDemocracy, iNdependence provides a great deal of automation to an otherwise lengthy and technical jailbreak process. While both solutions require a reasonable amount of manual effort from the user, many tedious steps are eliminated or shortened.

Though we were hoping for working ringtone support, unfortunately, ringtone customization is still not quite working in

this new release. Following is a list of the newest changes, fixes, and/or additions in the new version of iNdependence (from the iNdependence CHANGELOG):

The latest verison of iNdependence is available for download at the iNdependence project page on Google Code.