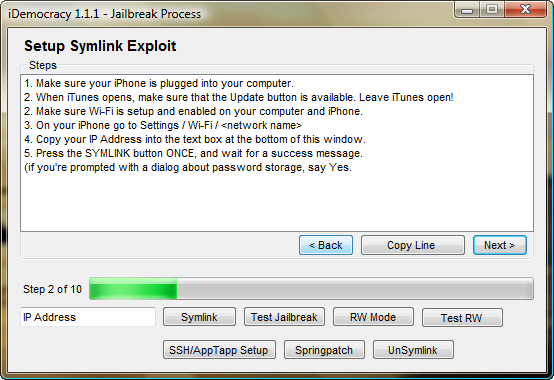 requires the .NET framework to be installed in order to run. iTunes is also required (pretty much goes without saying).

Though jailbreaking and installing iPhones that are, or wish to be, running firmware version 1.1.1 can be accomplished without the use of either iDemocracy or iNdependence, the many technical steps required are off-putting to most iPhone owners. While, at this point, neither application fully automates the jailbreak under 1.1.1 process - they do automate a good portion of the process and thus have made jailbreaking iPhones running the latest firmware more accessible to the community.

The latest version of iDemocracy can be obtained from the iDemocracy project page on Google Code. The iDemocracy source code is also freely available.