City Ninja is now free for a limited time on the App Store. The game is an endless runner with a story mode that includes 8 levels and 3 boss fights. Players must use their ninja skills to dodge obstacles and fight enimies while trying to locate a stolen diamond. The game features several different side-scrolling levels, various weapons/special abilities and the ability to upgrade your ninja. 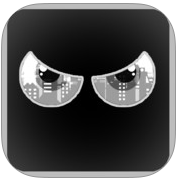 Game developer X-Com has also released Barry Woods to the App Store for free. It is puzzle a game where your goal is to knock down all the kegels before taking down the "king". The physics-driven game is based on the classic Swedish lawn game Kubb, and it is a lot like Angry Birds and Crush the Castle. 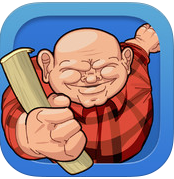 City Ninja is available now from the Apple App Store for free for a limited time. It requires iOS 4.3 or later and supports the iPod, touch, iPhone and iPad.

Barry Woods is also available for free on App Store. It requires iOS 4.3 or later, and is compatible with the iPod touch, iPhone and iPad.