How to Fix Failed to Fetch Error in Cydia

Early jailbreakers of iOS 7 with evasi0n might have noticed an error that appears every time Cydia is launched. When updated package lists are downloaded, there's one repository that cannot be reached. This repo is included by default, however it results in the error "Failed to fetch" and "HTTP/1.1 404 Not Found". 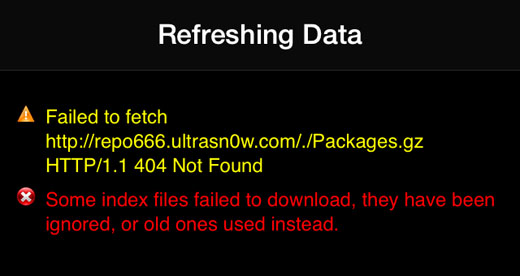 The error continues, stating "Some index files failed to download, they have been ignored, or old ones used instead". While this error is not critical, it can cause an annoyance when using Cydia. Consistently ignoring this error can also mean that additional errors get lost in the mix. Here's how to eliminate the Failed to fetch error with a few simple steps.

Ultimately the solution is to remove the nonexistent repository from Cydia. 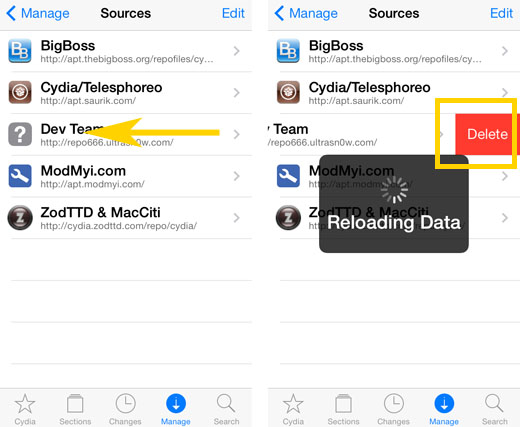 3. Tap the red Delete button.
4. Cydia will Reload Data and the repo will be removed.

From now on, opening Cydia or updating the Changes will occur without the Failed to fetch error. These steps can also be taken at any time to remove a repository from the Sources list.