After being delayed beyond the "late February" release date Apple provided at Macworld 2008, the official iPhone SDK was released today at Apple's iPhone Software Roadmap event in Cupertino, CA. The event also included information on the release of new iPhone Firmware, version 2.0, coming in June. 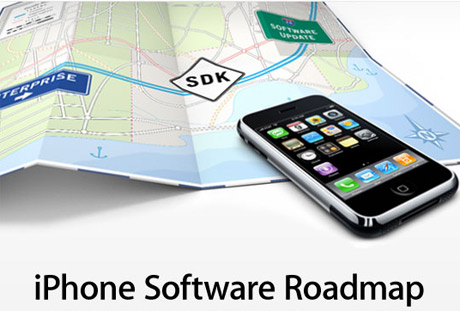 The SDK is now available for download via Apple's website. iPhone applications developed with the SDK will be built in Xcode. Xcode is the same development environment under which standard OS X applications are developed. This makes earlier rumors that the iPhone SDK would be for Mac OS X users only

true, as Xcode is not available for Windows.

The SDK includes an iPhone simulator (similar to the Android simulator that Google recently released) which will allow developers to do the majority of their application testing directly on the Mac they use to develop.

Applications created by developers will be made available to users via the iPhone "App Store", which will be added to the iPhone in June via the aforementioned 2.0 firmware update. The App Store will function similarly to the AppTapp/Installer.app application which is currently widely used to manage the installation of unofficial, third party software on the iPhone.

So how does Apple stand to profit in all of this? Why, directly of course. Apple has announced that they will take 30% of all application sale dollars generated through the iPhone App Store. Developers will be free to set their own price. Apple will not charge developers for providing software free to iPhone owners.

The currently available version of the iPhone SDK is a beta. The completed version will be released in June as part of iPhone 2.0.