With iOS 8, Apple has finally given third party developers access to some iOS core features like the keyboard, camera and Safari among others. This has been done through a feature called "Extensions," which allows iOS apps to interact with third party apps. This means that you can download a photo editing app from the App Store and access it directly from Photos, rather than leaving photos, opening up the app and then opening the photo you want to edit, which makes things a whole lot simpler.

Here's how you add extensions to your Photos app:

1. Open your Photos app and choose a photo to edit. Tap edit in the top right corner.

2. If you have any relevant apps on your iPhone/iPad, you will see a "More" icon in the top left corner that looks like three dots. Tap on that.

3. A tray will pop up from the bottom with another "More" icon. Tap that. 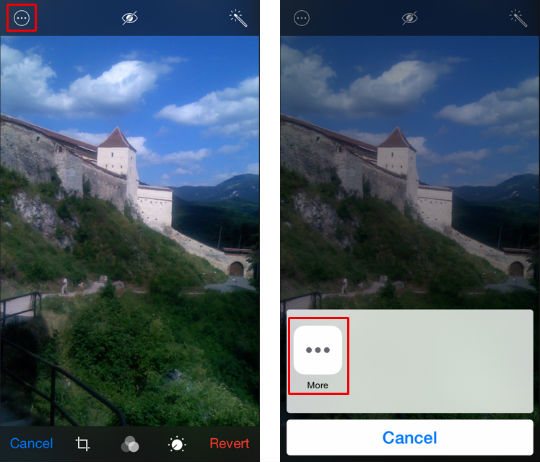 4. This takes you to a list of your Photo Editors that can be added to your Photos app. I used "Litely" for this example. To enable one, simply toggle it on. 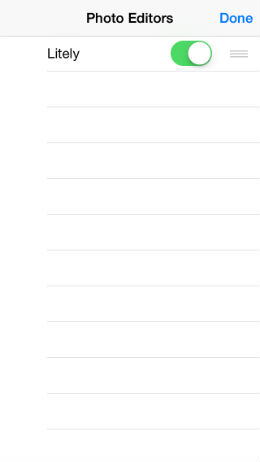 5. Now when you go to edit a photo, the app you added will appear in the "More" tray and you can access it from there and use its tools. 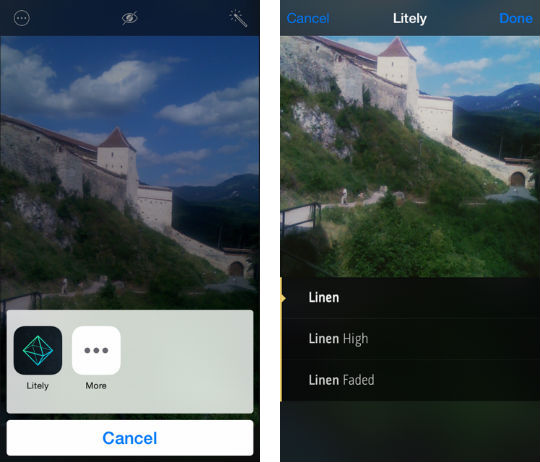 That's all there is to it. This is especially helpful when you like certain tools from several different editors - instead of bouncing from app to app and saving, closing, and re-opening the same photo, now you can access all your tools in one editing session. Here are some more free extendable apps for Photos.