iOS Apps of the Week: Watch Super Bowl XLIX on Your iPhone or iPad

This is a great year for football fans who want to stream the Super Bowl on their mobile device or laptop. NBC is offering 11 continuous hours of free Super Bowl action even if you don't have a cable subscription. “Super Stream Sunday” will include pre- and post-game coverage, the halftime show starring Katy Perry and a special post-game presentation of The Blacklist starting at 10pm. iPad users can download the free NBC Sports Live Extra app to catch all of NBC's Super Bowl XLIX coverage on Feb. 1st. 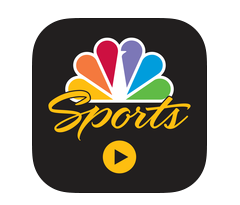 If you rather watch or stream the big game using your PC or Mac, you can do so at NBC.com. Once again anyone watching the event on NBC.com during “Super Stream Sunday” will not be prompted to log-in with their cable password.

Unfortunately watching the big game on your iPhone is not as easy. Verizon once again has the exclusive rights to live NFL coverage on smartphones. Verizon users can use the NFL Mobile app to watch the game.

If are actually attending Super Bowl XLIX in person, then you will want to download the official NFL Super Bowl Stadium app. The app includes stadium and seating maps so you don't get lost, and it allows you to watch in-stadium replays and all the Super Bowl commercials.