Apple Aiming for Electric Car by 2020

What began as a dubious rumor a few weeks ago is now all but official: Apple is working on an electric car and the company hopes to roll it out by 2020. At least that's what people in the know are saying, according to Bloomberg. 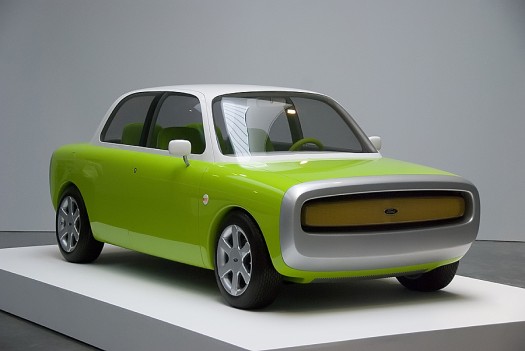 The hoopla all started several weeks ago when reports were surfacing around the country of mysterious Apple minivans driving around, equipped with all kinds of cameras and sensors. The rumor mill sprang to life and people speculated that Apple is working on an autonomous vehicle. In all likelihood, these vans have something to do with 3-D mapping for Apple's flyovers, or something along those lines. Whatever the case, they got people talking. Then

Elon Musk said that Apple was actively trying to lure its engineers away with $250,000 signing bonuses and 60% pay raises. Right after that, an unnamed Apple employee emailed BusinessInsider and flat out said that Apple is working on something that will "give Tesla a run for its money." This brought more attention to the matter.

The Wall Street Journal did some digging and found that Apple does indeed have a secret automobile project dubbed "Titan." The team is led by former Ford engineer Steve Zadesky, who came to Apple in 1999 and worked on the original iPod and iPhone designs. He apparently has authority to assemble a 1,000 person team for the project. Project employees currently number around 200 and include Johann Jungwirth, former head of Mercedes-Benz R&D North America, and Marc Newson, a well know industrial designer who once developed a concept car for Ford.

The latest, according to Bloomberg's unnamed sources, is that Apple is aiming to put an electric car on the road by 2020, just five years from now, which is a very aggressive goal in the automobile industry. Apple is always looking into new product categories to fulfill its never ending obligation to create returns for investors, and this certainly qualifies as such. According to Barclays analysts Ben Reitzes and Brian Johnson, the Cupertino giant "would have some advantages as a new entrant to the auto industry." Apple has oodles of dollars on hand to fund the project and it already has experience connecting its devices to vehicles (CarPlay). Most importantly though, "Apple’s brand... is a big attraction for the next generation of car customers.”

There has been no official comment from Apple thus far. The project is certainly plausible given the evidence, but Bloomberg's contacts remind us that Apple has delayed and scrapped secret projects in the past.