How do I uninstall an iPhone App Store application?

How do I uninstall an iPhone AppStore application? 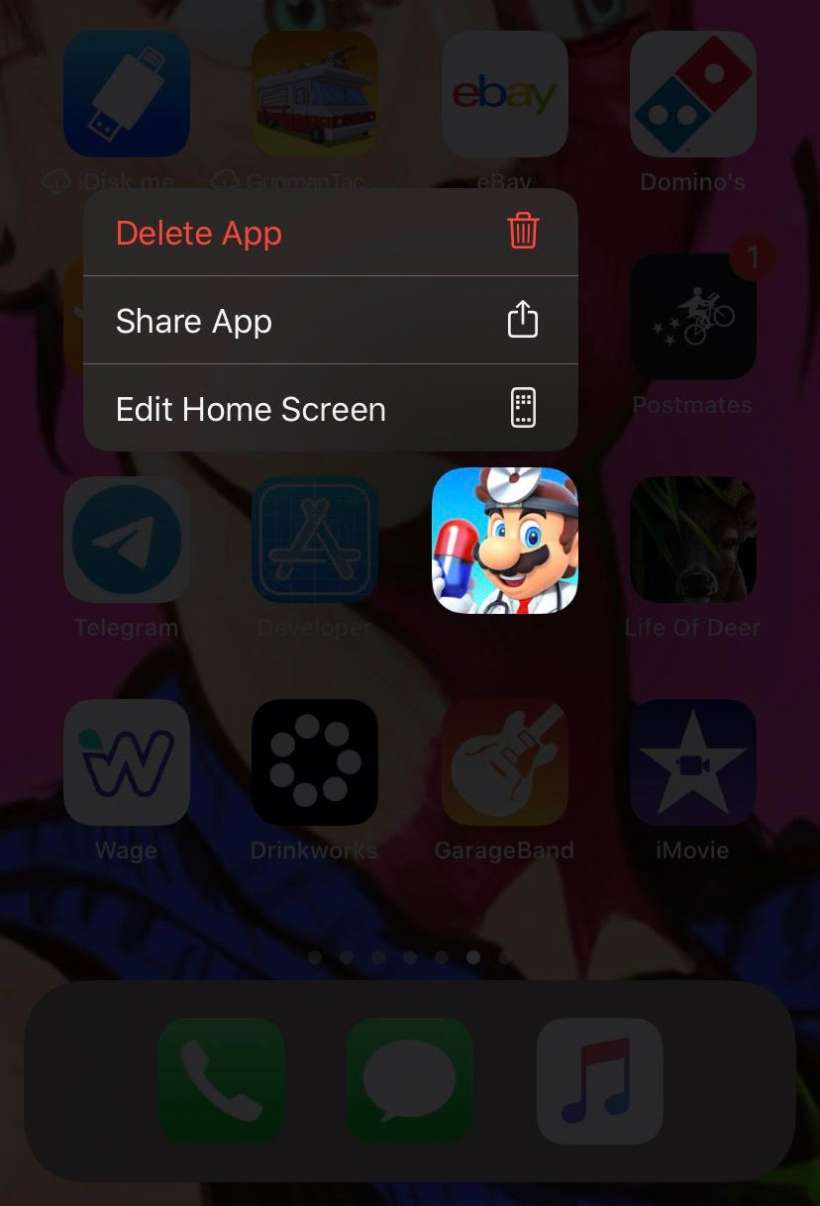 To uninstall an application purchased or otherwise installed from the Apple App Store, simply do the following:

You can also use Touch ID to bring up and individual app menu to remove an app from your device. Just use a long press on the app icon you would like to remove then tap the Delete App tab from the app menu.

I download everything off my iPhone not through iTunes, so they don't come back to mi iPhone when I hook it to my pc. Now, if you download stuff to your iPhone with the help of iTunes, yeah you need to delete from the iPhone and before you hook it up to your pc, delete every single file or application off of iTunes, that way it won't come back to you.
http://www.club-penguin.org/

If I delete a paid application from within iphone or using iTunes, will I have to pay again if I want to install it later?

Um, I tried to do this, but I'm not really sure if I should but you should try and maybe ask the apple store.

Yea I tried, it didn't work trust me. I work at the Apple Store.

I have a jailbroken unlocked iPhone 2G - 8GB with 3.0 OS. I am following the steps to delete an application I installed. However after the icons start shaking there are no 'X' s shown. What is wrong with my iPhone ? If I delete the application through itunes only, will this do the job or it will still be installed on the phone ?

people if u have a sim except at&t or roger. please do not update your iphone. because then it is a big situation. it gets blocked.

hey, i have just deleted some applications from my iphone. the problem im facing is that the remaining applications are still scattered over 4pages,each having 2-3app.
how do i get all the applications on 'one' page. HELP!

just press the icon and drag it to the gaps

Hi, i have iphone 2g with 3.0 OS. i found it difficult to install the application i purchased from my laptop onto the iphone without loosing the purchased items i with a friend system. What should i do cos i do not want to loose my present apps. and i still want to manually install the once i purchased with my system

I think it's under the preferences dropdown menu in iTunes, the option 'authorize this computer' use the same apple ID u used to download the apps, then u won't lose them when u sync. Also if u delete paid apps on purpose or by accident u can download them again for free if u use the same ID

Hi all,
maybe you can help me. My iphone stucked during installation of an aplication. It still wants to download the app and I can´t stop it(it tries on and on), that´s why I can´t add another app, I can´t do anything.... I just wait and wait...

Many thanks for your help in forward.
Mmarkus

The same thing happened to me and I can't find a way to get rid of it from anywhere, I'm worried that I'm being hacked, not sure if that's possible, help

ITS HAPPENING TO ME TOO... its frustrating, there should be a way to kill the app to stop it from installing/downloading, like a cancel button...

ITS HAPPENING TO ME TOO... its frustrating, there should be a way to kill the app to stop it from installing/downloading, like a cancel button...

So easy, wish I had looked earlier on line. Thannks Colleen

If I deleted a paid app on my iPod do I still have to pay for it?

thank you.. this is really helpful. i can now remove the application i no longer use in my iphone.

Hi guys, I accidently download a similar app I alredy had and this app I need to pay. Is there anyway that I can get a refund?

hey mate,
did you find a solution to this problem? as i am facing the same problem... no cross shows up when the apps vibrate...
thanks in advance!

Guys ,
just simply hold your finger on the application you want to delete and u will have a msg saying delete
Thats all

hi i go t a iphone 8gb and by mistake i erase all the programe,and now i re install i tune but now dont know what to do next.im tring to add any thing but there is a message come on the screen to change the sim card please need help

I have a iPhone, and accidentally deleted the Facebook app, but when I go to load it again, it is showing it is still installed on my phone, how do I correct this?

ok. unplug your iphone so there is no confusion.

.... now, in the itunes application from your computer, select "Applications" under the "library" heading.
from there you will see all of your apps, and you can delete them with a right click (or menubar "edit", "delete")

the confusion is from when the iphone is plugged in and is selected in itunes under the "devices" heading. from there you cannot delete the applications that show up. you can only check and uncheck them.

thank you Jonas for making sense of the situation. no one else seemed to have brains enough to let anyone know to unplug the phone

The assumption of intelligence is usually a pre-requisite for purchasing a modern tech gadget and therefore any reply takes this in to account. It's amazing some of these users even know how to find this forum.

I am having an issue with a particular app (tap fish) that is somehow recalling two versions of the same app.
I had downloaded it once, then deleted it. (only from the phone, not from itunes when it was synced - i did not know to do this at the time)
I then re-installed it a week later and began to play.
Every time I open it, it tells me that i have another version of the game on my phone, and that I should be playing that instead.
I cannot see two versions of it anywhere, be it on my phone or in itunes when my phone is plugged in or not.

I have progressed far in it now (i know i know.. its fish...) but what are my options here?
is there a way to make my phone forget about the first version, which no longer exists on the phone?
as long as it wants me to play that one, any micro transactions i do send my purchases to deleted first version.

or do i have to delete this one i am playing now, and do a complete wipe, and start again.

I downloaded an app that i didn't want anymore. I went through the normal steps of deleting apps on my phone, however, there wasn't an "X" in the top left hand corner. I tried to delete this app through itunes, but it doesn't show up in the "Apps" tab. What can i do to remove this app?

please could any 1 help my apps arnt free 2 me and they should be .wen i click install its says problem with billing information y there suppose 2 be free ?????