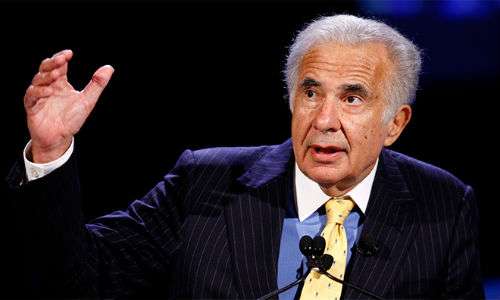 Well-reputed KGI Securities analyst Ming-Chi Kuo, in a note provided to The China Post, said that Hon Hai Precision Industry Co. (FoxConn) will produce 60% - 70% of the next generation iPhones. He believes the iPhone 6s will debut in September with 4.7" and 5.5" models. He also expects the company to be the sole manufacturer of the iPad Pro, which he thinks will launch some time in the fourth quarter.

According to Morgan Stanley, Apple Watch demand is increasing. Surveys by the company over the last six months have found a consistent rise in Apple Watch purchase intent. Analyst Katy Huberty has raised her expected Apple Watch sales from 30 to 36 million units in its first year.

In an open letter issued to Tim Cook last Monday, billionaire investor Carl Icahn said that Apple is dramatically undervalued and should be trading at $240 a share and have a market value of $1.4 trillion. He once again urged the company to increase its stock repurchase program.

In that same letter, Icahn said he still believes Apple will come to market with an ultra high definition TV set. Although it is rumored that Apple has disbanded the project, Icahn thinks Apple will have 55" and 65" TVs on the shelves at some point in 2016.

Piper Jaffray's Gene Munster, who once agreed with Icahn about an Apple TV set, jumped ship last Tuesday with a note to investors entitled "Facing the Reality of No Apple Television." He believes that Apple is concentrating on the future living room, which will be focused on virtual and augmented reality products rather than television sets. He maintains his target price of $162.

Apple's subscription TV service, which many thought would debut in the fall with the next generation Apple TV, looks like it may be delayed. Apple is reportedly negotiating for access to live local broadcasting which complicates the process by adding affiliate and franchise owners to the talks.

Due to the strengthening dollar, Apple raised its prices in Canada and several European Union countries. In some cases, like the base configuration iMac, the price rose nearly 15%, going from €1099 to €1249.