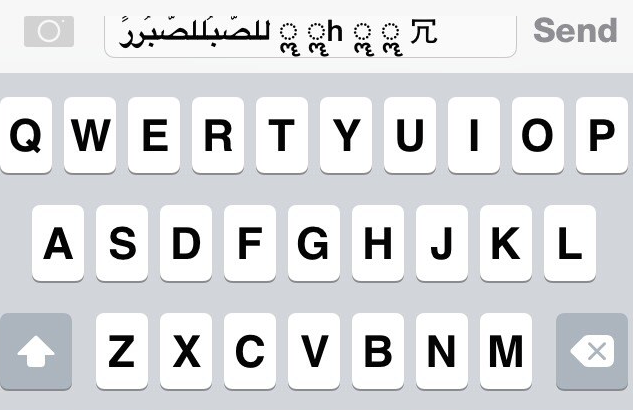 Apple has acknowledged the recently discovered bug that crashes a users iPhone, and has published this solution until a software update to fix the problem can be released. The Unicode of Death (also known as Effective Power) happens when one iPhone user crashes another person's iPhone by sending a text message containing a specific series of unicode characters. The unicode characters basically overwhelm your iPhone’s memory causing your device to respring over and over.

There are several ways to fix the Unicode of Death problem.

If your device is jailbroken, you will want to install UnicodeSuppressor (repo: BigBoss) or IneffectivePower (repo: cydia.angelxwind.net) since you will not be able to install Apple's permanent fix when it is released.

Other iOS users can stop the bug by deleting the initial message strand, which is basically what Apple's solution does.

Here's Apple's quick fix for those of you who have horrible friends who like to send Unicode of Death pranks: